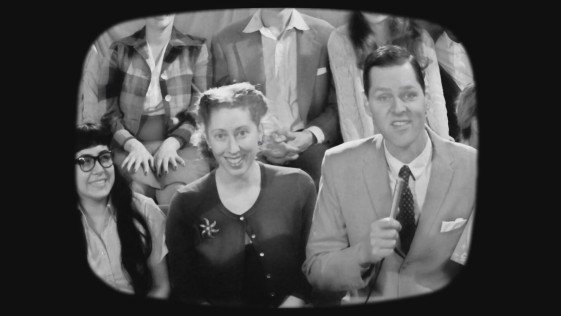 Multiple Grammy-nominated singer /songwriter/ producer/massive hitmaker Sia today celebrates the Top 5 chart debut of her album THIS IS ACTING with the release of a brand new version of her single “Cheap Thrills” feat. Sean Paul, available today at all digital providers. Click Here to watch the lyric video now.

The video is a Chisel Pixel Production and was directed by Lior Molcho. “Cheap Thrills” is featured on Sia’s critically-acclaimed seventh studio album THIS IS ACTING (Monkey Puzzle Records/RCA Records). On album release day, THIS IS ACTING peaked at #1 on the iTunes chart in over 50 countries globally, and the album debuted at #4 in the US and Top 10 in 9 countries worldwide, including #1 in her native Australia, and #3 in the U.K and Canada.

Be sure to tune in next week to watch Sia’s “Carpool Karaoke” on “The Late Late Show with James Corden” on Monday, February 15th.

What the press is saying about THIS IS ACTING:

Her forceful, uplifting record, ‘This Is Acting’ is the Platonic ideal of a modern pop album —The New Yorker

“On ‘Alive’ and ‘Space Between,’ Sia sings bloody murder… The record cements an effect she’s been having on pop music… (her songs) push the limits of your expectations, eschewing perfection in favor of representing the emotions at the heart of the song with unapologetic rawness. “ – The Fader

“a fascinating study in what it’s like to live life imagining yourself in someone else’s artistic shoes…if this is acting, it’s the kind of performance that hits as hard as life itself.” – Rolling Stone

“Sia’s pop anthems will have the other artist she originally wrote them for…kicking themselves for letting them get away. – Us Weekly