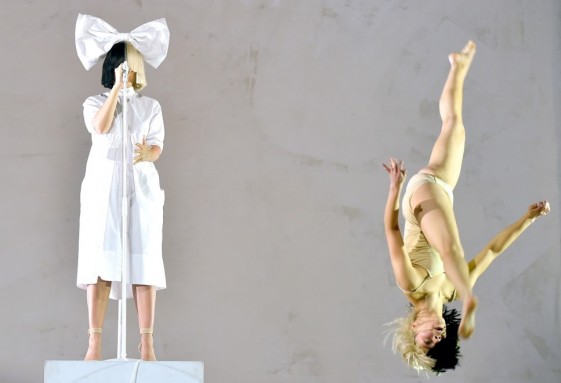 “… the ever-iconic Sia performed at Coachella over the weekend, and her set was freakin’ legendary…will blow your goddamn mind”- Buzzfeed

“The stuff of legend” – NYLON

“She brought down the house. The set is being heralded as one of the festival’s best.” – TIME

“otherworldly vocals …The day – and really, the entire festival – belonged to pop provocateur Sia, whose ambitious hour-long concert was one of the greatest moments in Coachella’s 17-year history.” – Yahoo Music

“Talk about a night you won’t forget!”- Teen Vogue

(New York – April 19, 2016) Sia, known for her killer vocals, compelling videos and emotional choreography brought it all in a big way to her Coachella set this past weekend, which was her first full live concert in 5 years, receiving sweeping critical raves. Sia will be performing again this weekend at Coachella on Sunday evening.

The bulk of Sia’s set list is featured on her current album THIS IS ACTING:

Find below a list of personnel who contributed to Sia’s Coachella performance: