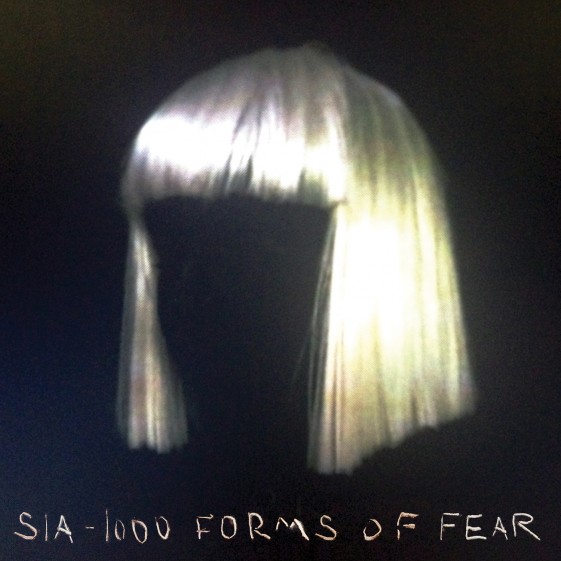 (New York – July 16, 2014) Singer/songwriter/producer/massive hit maker Sia’s album 1000 FORMS OF FEAR (RCA Records/Monkey Puzzle Records) debuts today at #1 on the Billboard Top 200 Chart, her first ever #1 chart debuting album, which features her massive breakthrough single “Chandelier.” In addition, 1000 FORMS OF FEAR peaked at #1 on the iTunes Album Chart in 47 countries across the globe including the US, UK, Germany, France, Italy, Spain, and more. Her chart-topping single “Chandelier” peaked at #1 on the iTunes singles chart in over 31 countries and debuted at #1 on Spotify’s Top Viral Chart, “and has been streamed over 8 million times, to date.

“Chandelier,” the debut and current single from 1000 FORMS OF FEAR was written by Sia and Jesse Shatkin and produced by her longtime collaborator Greg Kurstin, along with Shatkin, and its video has exploded online with over 64 million views since its release, and stars an incredibly compelling dance performance by Maddie Zeigler (age 11) of the Lifetime Television show Dance Moms. The video was directed by Sia and Daniel Askill and shot in Los Angeles at the old Herald Examiner building in downtown LA. WATCH THE VIDEO HERE.

Raves Pitchfork of the video and song: “Sia’s voice blasts off, the swelling strings propelling her past her contemporaries in the inspirational-pop stratosphere. It’s a jaw-dropping vocal performance that’s enough to convince you she could have a stadium-touring career of her own. The video is filled with the same irrepressible spirit that colors this song.” Time Magazine calls “Chandelier” a contender for “song of the summer” and “the year’s most sobering party anthem…a disarming, unforgettable listen.”

1000 FORMS OF FEAR was produced by Greg Kurstin and recorded at Echo Studio in Los Angeles. Rolling Stone raved of 1000 FORMS OF FEAR in a four star review: “You can’t see what Sia looks like in the cover art, but she sounds like a superstar.” The NY Times Magazine in a revealing profile titles her “the Socially Phobic Pop Star” and the “one woman hit-factory.” “Sia’s gigantic voice full of emotion and empathy make every sentiment sound, well, like going from victim to victory.” And Stereogum writes “Sia is going for full-on global stardom on… 1000 Forms Of Fear, and it appears to be within her grasp.” USA Today continues: “On Fear, she uses her advantage as a multitalented artist to express human vulnerability to haunting effect.”

An astonishingly prolific hit maker and songwriter, Sia has penned several monster hits over the last few years. In 2013 alone, she’s crafted songs for pop icons including Rihanna (“Diamonds”), Katy Perry (“Double Rainbow”), Britney Spears (“Perfume”), Beyoncé (“Pretty Hurts”) and Celine Dion, as well as working with Kylie Minogue, Angel Haze, and executive producing label mate Brooke Candy’s forthcoming album and EP Opulence. Sia is also the featured vocalist on some of the most massive hits she has written for others including “Titanium” with David Guetta, “Beautiful Pain” with Eminem, and “Wild Ones” with Flo Rida.

Sia launched #siaselfie campaign where fans can upload their own photo and have their face within Sia’s iconic blonde bob. Visit http://www.siaselfie.com.