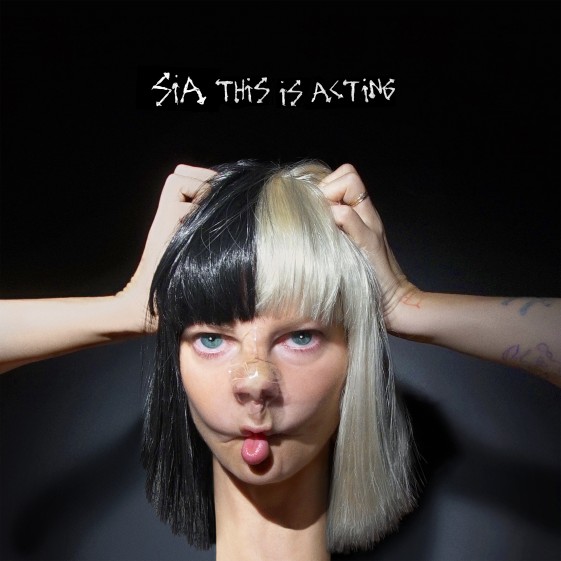 Sia performed on “The Tonight Show Starring Jimmy Fallon” (click here to watch) and this morning on “Good Morning America” (click here to watch) and will be performing on “The Ellen DeGeneres Show” on 2/2. Sia has previously performed the album’s first single “Alive” on Saturday Night Live, The Voice, and The Ellen DeGeneres Show and is scheduled to perform her first full US live show in 5 years at Coachella.

Yesterday, Sia launched a custom Bitmoji to coincide with the release of her new album, where users can add Sia’s signature iconic wig as their own personal avatar. Fans can share images of their Sia avatar on social media using #SiaThisIsBitmoji. Download the bitmoji app HERE.

The video for “Alive” has enjoyed millions of views and stars 9 year old Japanese child actress/dancer Mahiro Takano. The video was directed by Sia and Daniel Askill, the same creative team behind the videos for “Chandelier,” “Elastic Heart” and “Big Girls Cry.” “Chandelier” crossed1 billion views in December.

Sia released her #1 charting, critically-acclaimed, and gold-certified album 1000 FORMS OF FEAR (Monkey Puzzle Records/RCA Records) in July 2014, which features her massive breakthrough singles “Chandelier” and “Elastic Heart.” The groundbreaking video for “Chandelier” has enjoyed over an unprecedented 1 billion views and its follow-up video “Elastic Heart” with over 520 million views.

An astonishingly creative and uncompromising performer, Sia is also a highly prolific hit maker and songwriter, having penned several hit singles over the last few years for others. She has crafted songs for pop icons including Rihanna (“Diamonds”), Katy Perry (“Double Rainbow”), Britney Spears (“Perfume”), Kelly Clarkson (“Invincible”), Carly Rae Jepsen (“Making the Most of the Night”), Beyoncé (“Pretty Hurts”) and Celine Dion (“Love Me Back To Life”), and many more. Sia has also been the featured vocalist on some of the most massive hits she has written for others including “Titanium” with David Guetta, “Beautiful Pain” with Eminem, and “Wild Ones” with Flo Rida. Additionally, Sia was nominated for a Golden Globe for the song “Opportunity” from the 2014 adaptation of the Broadway musical “Annie.”

Link to video for “Alive”: http://smarturl.it/SiaAliveVid

Buy/Stream This Is Acting