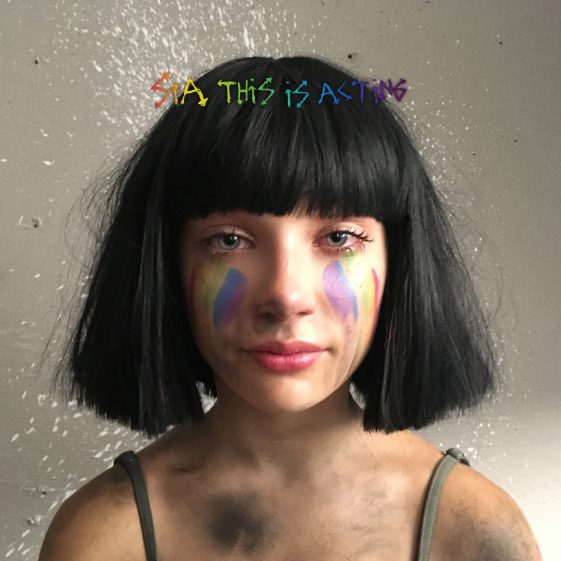 SIA’S DELUXE VERSION OF THIS IS ACTING AVAILABLE EVERYWHERE TODAY!

Since its release on September 6th, “The Greatest” has been met with overwhelming critical and fan raves, amassing over 140 million video views since its release and charting at #1 instantly on iTunes worldwide upon release. Rolling Stone wrote of the video and single “The Greatest” is “rapturous…cathartic …the dancing throughout ‘The Greatest’ is wild and intricate…” NPR calls the video “powerful” and the single “a dance pop anthem” and Entertainment Weekly declared it “massive.”

“The Greatest”  was co-written by Sia and Greg Kurstin, and produced by Greg Kurstin. The video was co-directed by Sia and Daniel Askill, with choreography by Ryan Heffington and starring dancer Maddie Ziegler, the dream team who has collaborated on most of Sia’s internet breaking smash videos including  the one for platinum-selling hit “Chandelier,”  2x platinum selling “Elastic Heart,” and 2x platinum selling “Cheap Thrills.” Click here to watch the video now.

The release of “The Greatest” follows on the heels of Sia dominating the Billboard Hot 100 chart for 4 consecutive weeks at #1 with her smash hit “Cheap Thrills.” This chart position also marks Sia’s first ever Top 5 as a solo artist on the Billboard HOT 100 Chart and the song has dominated the global radio and streaming charts for most of this summer. “Cheap Thrills” was the most played song at radio, and charted at #1 on both the Top 40 and Hot AC Radio charts.  Click here to watch the video for “Cheap Thrills (Performance Edit)” and here for the “Cheap Thrills” lyric video feat. Sean Paul.

Sia kicked off her Nostalgic For The Present Tour in Seattle on 9/29 accompanied by dancer/muse/star of her videos Maddie Ziegler on all North American dates to overwhelming critical praise.

The Arizona Republic wrote: “Amazing voice, raw emotion…she reinvented what it even means to give a concert,” and the San Jose Mercury News heralded it as “one of the most daringly original and wholly satisfying shows of 2016.”

Sia released her album THIS IS ACTING (Monkey Puzzle Records/RCA Records) in January 2016 to much critical acclaim. The New Yorker described it as “the Platonic ideal of a modern pop album,” with rave reviews across the board from The New York Times, Rolling Stone, Entertainment Weekly, The Fader, and many more. The album debuted at #4 on the Billboard 200 Chart, peaked at #1 on the ITunes chart in over 50 countries, and charted Top 10 in 8 countries worldwide, including #1 in her native Australia and #3 in the UK.