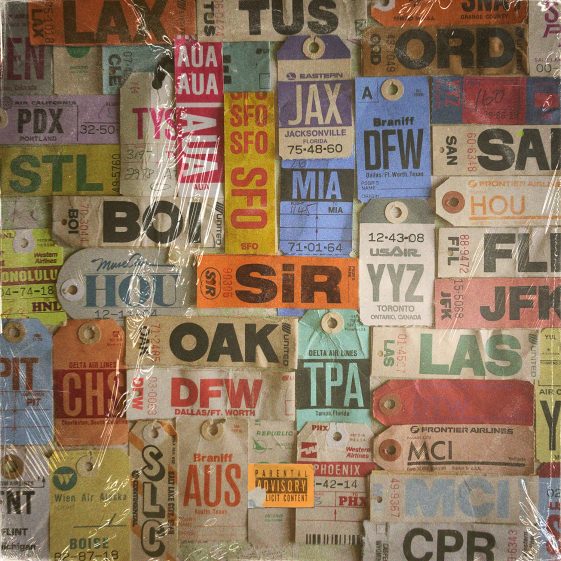 [New York, NY – August 30, 2019]  The Labor Day weekend may mark the unofficial end of the summer season but SiR is keeping the warm laid-back vibes going today with the highly anticipated release of Chasing Summer via TDE/RCA Records.  Click here to listen.

“Hair Down” featuring TDE labelmate Kendrick Lamar kicked off the excitement for Chasing Summer.  Complex stated, “Over a sun-drenched beat, SiR’s sultry vocals, along with Kendrick’s rapid-fire verse, makes ‘Hair Down’ great L.A. driving music.” With over 15 million streams since its August 6 release, “Hair Down” is undoubtedly great driving music nationwide. The accompanying video has garnered over 4 million views to date.

In the constantly innovating genre of R&B, SiR has stood far above his peers, and Chasing Summer showcases the artistry that elevated him to the position he currently holds. “It’s an evolution,” he states regarding the album’s sound and style. “I have my own sound that’s been locked in for the last five years, but I take a lot of risks from what I’m saying and how I transition from song to song. There’s a lot of growth.”

Take a listen to Chasing Summer and stay tuned for more information on SiR.

When you hear SiR sing, it’s impossible not to feel it. The Inglewood native first made a name for himself under the radar by writing for Kendrick Lamar, Isaiah Rashad, Jay Rock and more.  Stepping in front of the mic and into the spotlight, the release of the HER EP series—HER and HER TOO – garnered widespread praise and he quickly became one to watch. In 2018, SiR released his acclaimed full-length debut album, November, featuring production from top talent such as DJ Khalil, Harmony Samuels and more.  As showcased throughout the 11-track opus, SiR’s powerhouse voice and songwriting skills continue to revamp R&B music like never before.