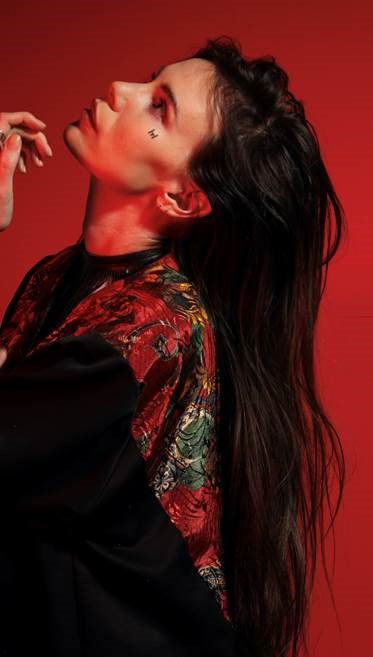 SKOTT Releases New Single And EP Titled “Stay Off My Mind” Out Today!

“STAY OFF MY MIND”

Today, Skott surprised fans with the release of a brand new four-track EP titled “Stay Off My Mind.” Available worldwide today via Chess Club/RCA Records, this stunning collection of songs reveal a side to the young Scandinavian artist like we’ve never seen before.

The first single to be lifted from the EP of the same title, “Stay Off My Mind,” is Skott at her most buoyant, boldly resetting the bar for the engrossing leftfield pop that she’s so quickly become renowned for. With each new track, the mystery shrouded in Skott’s initial introduction sheds another layer to welcome one of the most exciting young artists of recent years. Evolving from the haunting demeanor of her introductory tracks last year, the new music showcases a brighter side to this breakout artist who continues to impress with her smart and otherworldly lyricism and peerless vocal delivery.

Current single, “Stay Off My Mind” samples the up-tempo break-beat from the popular 2006 breakout single “Young Folks” by Peter, Bjorn and John whom Skott knows and works frequently with in Sweden. “It just worked so perfectly.” Explains Skott, who initially used the beat as a backdrop to write the song to but found it blended so well with the final production, she decided to keep it in.

Despite the uplifting feel of the track, it was written following the death of a close friend of hers and explores the difficulty in letting go. “Ultimately it’s a song about missing someone so much that you’re almost living more in the past than in the present.” She continues. “We can have such fond memories, but life goes on and sometimes having flashbacks can keep you from moving on.”

Since making her debut, Skott has been steadily racking up support worldwide, topping HypeMachine’s “Most Blogged” chart numerous times, her songs popping up on several Spotify New Music Friday playlists and massive radio support from the likes of Annie Mac (Radio 1), Zane Lowe (Beats1), KCRW (Jason Kramer) and many more. Described as “mesmerizing” by The FADER, “menacing and magical” by Noisey and “definitely worth paying attention to” by Pigeons & Planes, Skott has even received high profile endorsements on Twitter from both Katy Perry and Lorde. Most recently VEVO dscvr included the Swedish singer in their ‘Ones to Watch 2017’ list.

After dazzling crowds at SXSW 2017, and with sold-out shows in both LA and New York already under her belt, the enchanting singer-songwriter Skott wowed crowed last summer at  Wayhome, Lollapalooza and Osheaga festivals. In addition to these festival dates, the captivating singer/songwriter supported Phantogram for two special US shows.

Listen to “Stay Off My Mind” HERE

Stay Off My Mind

In other news, Skott will be touring the UK in March supporting alongside MØ. For tour dates and more information, go to: http://www.skottmusic.com