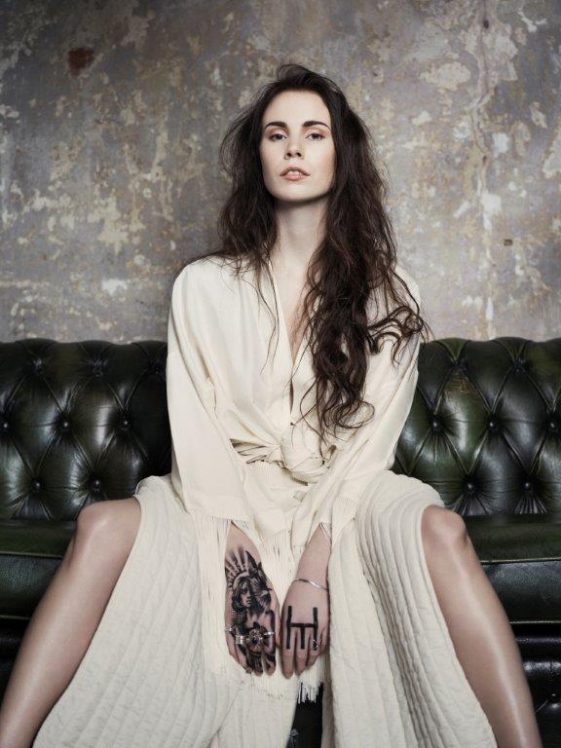 After dazzling crowds in Austin (SXSW), LA and New York with her big voice and captivating live performance, Skott looks to up the ante, returning to North America later this summer with two confirmed festival appearances, first at Wayhome in Ontario (tickets), then at Lollapalooza in Chicago (tickets). For a list of all Skott’s live dates, please visit www.facebook.com/skottmusic

Earlier this year, Skott released her first ever music video for “Glitter & Gloss”— directed by Zhang + Knight. The video was beautifully shot over two days in Ukraine. Watch it HERE. As her first release of 2017, “Glitter & Gloss” follows previous singles, “Lack of Emotion,” “Amelia,” “Wolf” and her stunning debut single from last summer, “Porcelain,” which snagged a coveted slot on the official FIFA 17 soundtrack.

Skott spent her early years in a remote forest community run by a collection of outcast folk musicians. Together they built a small but supportive network, quite far from the nearest populated city. There, surrounded by nature she thrived, learning to appreciate life without all the distractions associated with living in a city. Largely sequestered from contemporary pop culture, it wasn’t until Skott ventured into the city during her mid-teens that she listened to contemporary music for the first time.

Since making her debut last year, Skott has been steadily racking up support online, topping Hype Machine’s ‘Most Blogged’ chart numerous times, with her songs popping up on several Spotify ‘New Music Friday’ playlists and massive radio support from the likes of Annie Mac (Radio 1), Zane Lowe (Beats1) and KCRW (Jason Kramer). Described as “mesmerizing” by The FADER, “menacing and magical” by Noisey and “definitely worth paying attention to” by Pigeons & Planes, Skott has even received high profile endorsements on Twitter from both Katy Perry and Lorde. Most recently VEVO dscvr included the Swedish singer in their ‘Ones to Watch 2017’ list. Check out an exclusive live performance of “Porcelain” HERE. There’s no question that Skott is one to watch in 2017.

The acoustic version of “Glitter & Gloss” is available to download and stream on all digital platforms via Sony Music Entertainment UK/RCA Records.