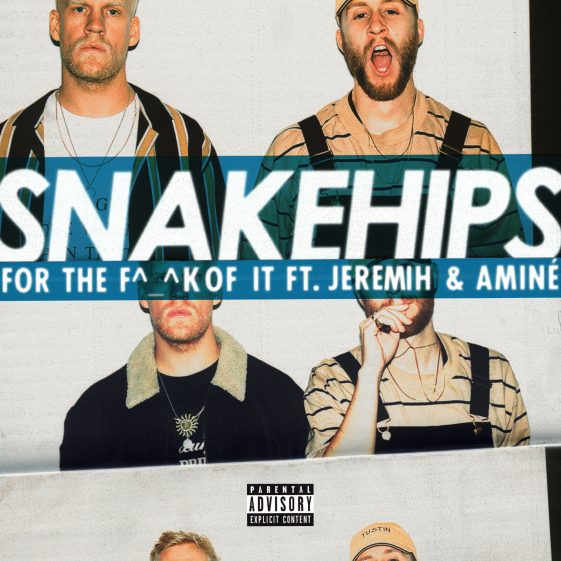 (Los Angeles, CA)—Today, coveted U.K. beat-makers Snakehips release new song “For The F^_^k of It” featuring chart-topping singer-songwriter Jeremih and breakthrough rapper Aminé, and will be included on Snakehips upcoming Stay Home Tapes EP, which is set for release April 5th.  The track is accompanied by the video, which is the second part of the 3-part mini movie that will be released alongside the duo’s EP. “For The F^_^k of It” is available now on all digital retail providers via Sony Music U.K./RCA Records.

The Stay Home Tapes EP is designed to be reminiscent of the more old school hip-hop sounds that originally inspired Snakehips, and serves as a nod to their day one fans. It is a 6-track production which embodies the diverse and dynamic nature of Snakehips’ classic sound and features a range of vocalists including Jeremih & Aminé, Knox Brown & Chaz French, Elbee Thrie and Jay Prince.  See full list track listing below.