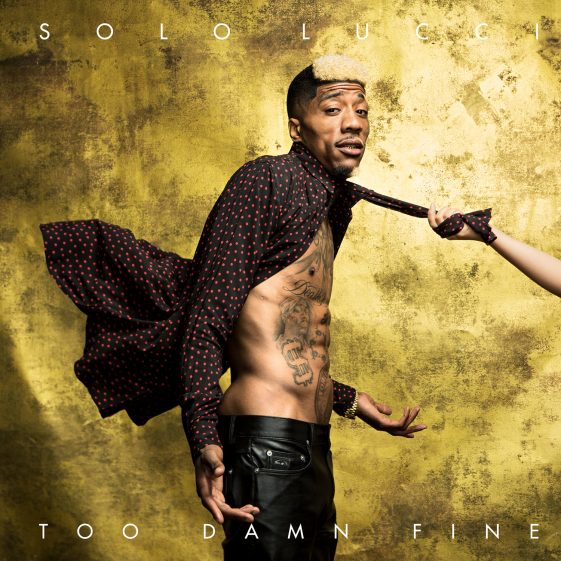 Produced by Soulshack (Solange, Usher, Pitbull) and written by Soulshack and Jesse Rankins (ScHoolboy Q, T.I., Iggy Azelea), “Too Damn Fine” is the follow up to his 2015 releases “Whip It” and “Money Come.” Complex raves, “[Solo Lucci’s] vocals are so hypnotizing that you’ll probably have [his songs] stuck in your head all weekend…” and Hot New Hip Hop describes his sound as “barreling” and “gritty.”

Hailing from the Southside of Atlanta by the way of Ft. Worth, TX, Solo Lucci is up next. Solo Lucci, the rapper, producer and songwriter who names Tupac, UGK, Lil Wayne, Swisha House, Dipset and Master P as his influences, grew up in a single-parent household. His humble beginnings helped form his passion for music and led to the pursuit of a career as an artist. A year after being shot twice during an in-home robbery, once in the liver and once in his lung, Lucci packed up a Ford Explorer, that in his words “could barely run,” and with his older brother Gudda headed to Atlanta to “make it.” With only the use of one lung Solo Lucci is known for his clever lyrics and high energy performances. After the 2013 release of his “RIP TUPAC” video which has over a half million views, Lucci released his first project Fucc Ya Favorite Rapper. Thereafter, he inked a deal with Bases Loaded Records/RCA Records and released singles “Whip It” and “Money Come” ft. Yakki.  He has since toured with Kevin Gates and worked with Detail writing countless records. Lucci is also featured on Chris Brown’s “Wrist,” a highlight from his Royalty album, which has nearly 25 million views on Vevo and 34 million streams on Spotify worldwide. He is also featured on Young Thug’s “Special,” which has 10 million streams on SoundCloud.

Lucci recently launched his own indie label, Foreign Money and is gearing up to release more new music this year, so be on the lookout!