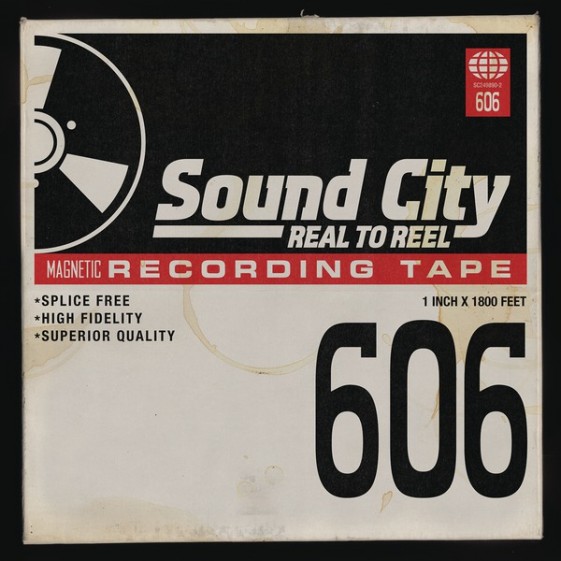 Dave Grohl’s Sound City: Real to Reel is out on iTunes and Amazon today! Click here to get your copy and start experiencing a new piece of rock history.

SOUND CITY–REAL TO REEL, the companion album to the Dave Grohl-directed SOUND CITY feature length documentary premiering at the 2013 Sundance Film Festival, is now available for pre-order along with SOUND CITY the film at iTunes at http://bit.ly/SoundCityiTunes . All pre-orders for the album, due out March 12, 2013 on Roswell Records, will immediately receive first single “Cut Me Some Slack”–the original studio recording of the track performed by Paul McCartney, Dave Grohl, Krist Novoselic and Pat Smear at the historical 12-12-12 benefit as well as on this weekend’s Saturday Night Live holiday episode.

SOUND CITY, the film, was conceived by Grohl after purchasing the legendary custom-built Neve 8028 recording console from Sound City Studios last year. The board, built in 1972, is considered by many to be the crown jewel of analog recording equipment, having recorded such artists as Neil Young, Fleetwood Mac, Tom Petty, Johnny Cash, Guns and Roses, Metallica, NIN, Rage Against The Machine and countless other musical legends over the past 40 years.

SOUND CITY–REAL TO REEL is a brand new collection of all-new all-original songs, each one composed and recorded exclusively for the film within its own 24-hour session on that console after it was reinstalled in Grohl and his Foo Fighters’ own 606 Studios. The new tracks– featuring an amazing and idiosyncratic cast of collaborators including Paul McCartney, Grohl’s former Nirvana and current Foo Fighters bandmates, Stevie Nicks, Rick Springfield, Trent Reznor, Joshua Homme of Queens of the Stone Age, Rick Nielsen of Cheap Trick, Lee Ving of Fear, Corey Taylor of Slipknot, Brad Wilk and Tim Commerford of Rage Against The Machine and more–passionately exemplify SOUND CITY’s celebration of the human element of musicianship and recording in an increasingly digital world.

Following its Sundance 2013 premiere, SOUND CITY will also be released as an HD digital download and stream February 1 via www.soundcitymovie.com. Fans who pre-order the film now will receive instant exclusive rewards followed by a stream and download of the entire film on February 1. The film will also be released theatrically, in association with Variance Films, on February 1. A list of cities and theaters will be announced shortly.

Roswell Films, a division of the Roswell Records label that releases Foo Fighters music, will distribute the film. Key personnel involved with the film include Producer/Director Dave Grohl; Editor Paul Crowder (Dogtown & Z Boys, Once In a Lifetime, Riding Giants); and Writer Mark Monroe (The Cove, Once In a Lifetime, The Tillman Story). The film is also being produced in conjunction with Jim Rota, John Ramsay, and Therapy studios.

1. Heaven And All – Robert Levon Been, Dave Grohl, Peter Hayes