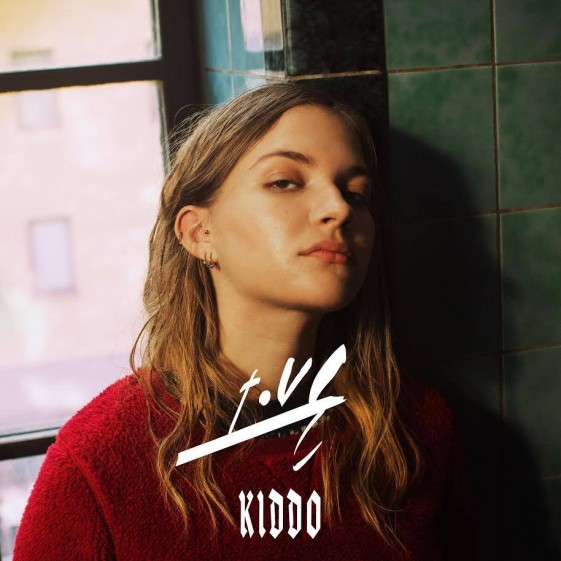 Critically-acclaimed Swedish recording artist Tove Styrke’s U.S. debut album Kiddo was released today on RCA Records/Sony Sweden and is available now worldwide on all digital providers. Kiddo was written and made by Tove Styrke together with some of Sweden’s finest songwriters and producers such as Calle Ask, Arnthor Birgisson, Christian Walz and Johan T Karlsson.

The album features Styrke’s first U.S. single “Borderline” which held the #1 spot on Hype Machine’s ‘Popular Chart’ upon release and is certified gold in Sweden, in addition to “Ego” which was recently listed on Entertainment Weekly’s ‘Must List’ and given a shout out by fellow Swede, Tove Lo, who said in Marie Claire Magazine, “If you wake up and feel a bit angry, you’ll be happy after this.” Critics have also pointed to “Number 1,” which was just named one of Pigeons and Planes’ best songs of the month.

Styrke made her U.S. network television debut this past March with a mesmerizing performance of “Borderline” on NBC’s Late Night With Seth Meyers (WATCH HERE). That same week, she made her debut at SXSW in Austin, playing seven shows including ones for Neon Gold, Nylon Magazine, Hype Hotel, and more. “…One of a kind set of songs filled with sonic quirks and generous melodies,” wrote The Atlantic in their review of the best new bands they saw at SXSW.

In the midst of playing shows in and around Europe in support of the new album, Styrke just completed her first U.S. tour which was presented by FLOOD Magazine at New York’s Studio at Webster Hall and LA’s The Troubadour, as well her Pigeons and Planes sponsored Rough Trade show in New York City. “Her energy is magnified, and Tove carries herself in a way that makes it impossible not to smile throughout the show. She’s fun, a little weird (in a good way—think MØ, Grimes, Björk), and totally captivating,” raved Pigeons & Planes.

Tove Styrke landed a record deal with Sony Sweden in her late teens which led to the 2010 release of her debut album, Tove Styrke.  The album went platinum in her native Sweden and earned the talented singer and songwriter a Swedish Grammy nomination. At the age of 22, Tove Styrke made her US debut with the release of her Borderline EP this past fall on RCA Records/Sony Sweden which garnered international critical acclaim. “…The Swedish singer is coming back louder than ever,” wrote Vice’s Noisey, and Nylon called her “…one of the country’s biggest up-and-coming singer-songwriters.”

Links to buy/listen to Kiddo:

Links to buy/listen to “Borderline”: