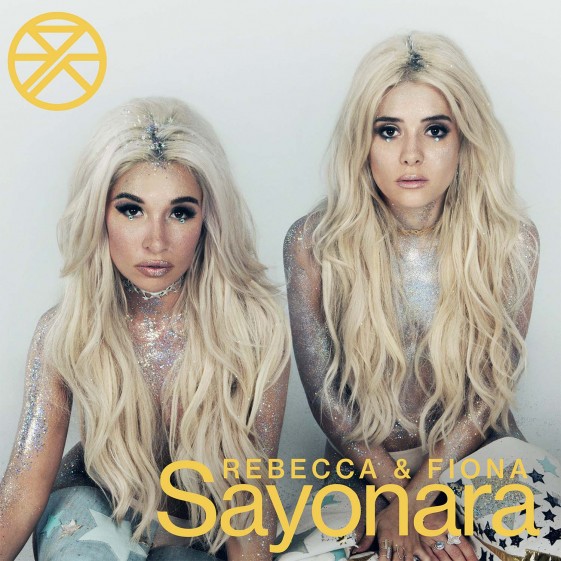 Click here to listen
(Los Angeles, CA) Swedish superstars, Rebecca & Fiona, have released “Sayonara”—the first single off of their upcoming album today. The upbeat anthem, which premiered on Nylon.com yesterday (CLICK HERE), serves as a witty dismissal to those who have doubted them in the past, particularly in regards to being successful female DJs/producers in a male-dominated EDM world.

Rebecca Scheja and Fiona FitzPatrick, best known as Rebecca & Fiona, are currently in the studio working on their new album, which is due out early next year. This will be the first album released on RCA Records since signing with the label earlier this year. As extremely talented songwriters themselves, the girls carefully chose who to collaborate with for the upcoming album. They are co-writing their album (including “Sayonara”) with Swedish songwriters like Daniel Ledinsky, who is most well-known for writing “Habits (Stay High)” with Tove Lo. While their new music is still backed heavily by electronic beats, Rebecca & Fiona’s upcoming album will serve as their evolution from DJs into pop performers. This will be especially evident in their live performance, which will include the duo performing in front of a full-live band.

Rebecca & Fiona met at a party in Stockholm in 2007 and were inseparable ever since. They connected on both a personal and a creative level allowing them to form a unique bond, which is unmistakable throughout the past five years together as Rebecca & Fiona. The duo established their musical career in the EDM world after the release of their first single, “Luminary Ones” in 2010, which landed them an opening slot for electro-pop sensation, Robyn, on her European tour. From there, they toured all over the world, playing esteemed festivals such as Electric Daisy Carnival, Beyond Wonderland, and Tomorrowwland. They have also performed alongside some of the most celebrated artists in dance music like Tiesto, Kaskade, Steve Angello, and Axwell. Rebecca & Fiona released their debut album, I Love You, Man!, in 2011. The duo won Swedish Grammis for Best Electronic Album in 2011 and in 2015, beating out Swedish House Mafia and Avicii with their second album Beauty Is Pain, which was released in 2014.