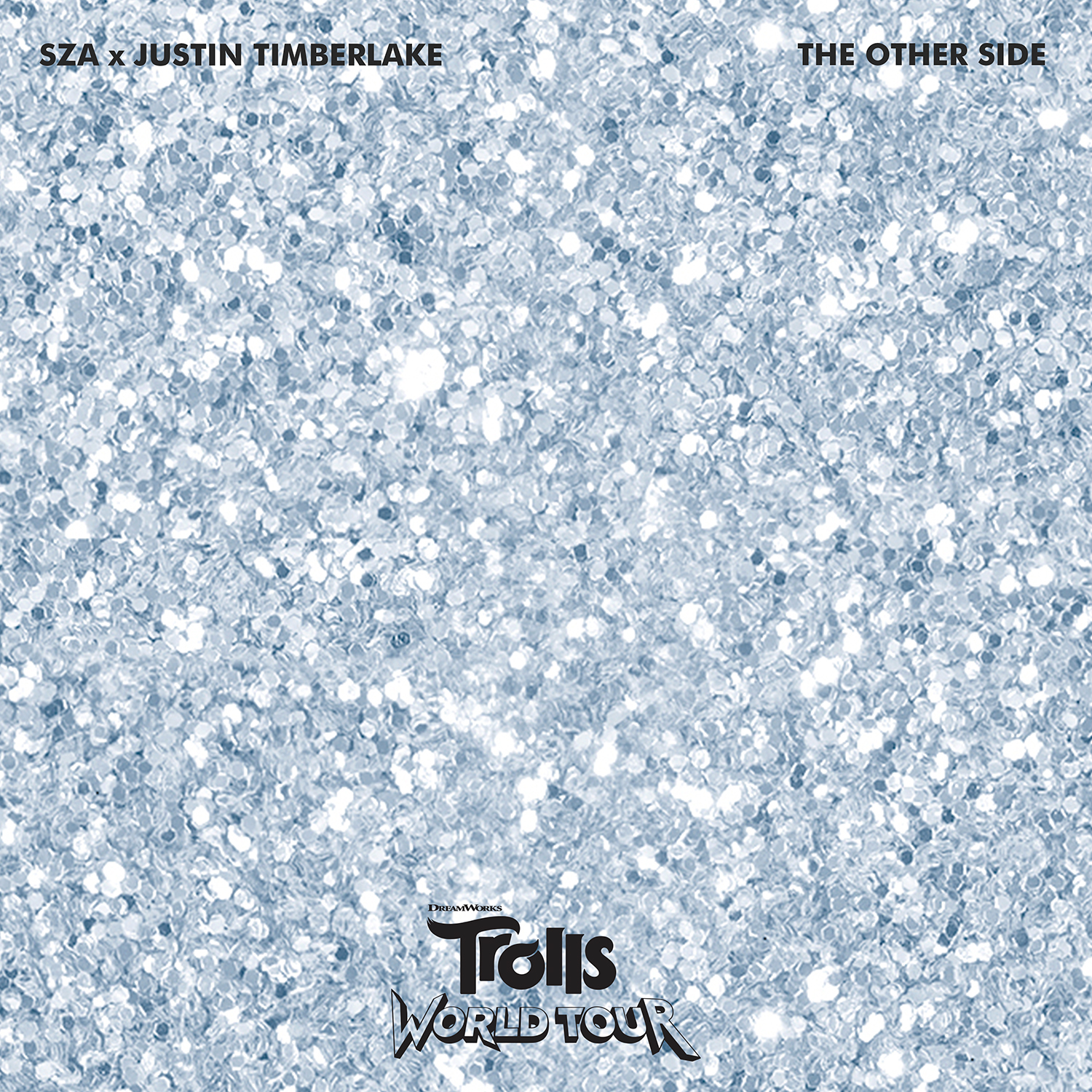 SZA & Justin Timberlake Team Up To Release “The Other Side”

(February 26, 2020 – NY, NY) – Nine-time Grammy® Award nominee, Academy Award® and Golden Globe® nominee SZA and ten-time Grammy® winner, four-time Emmy® winner, and Academy Award® nominee Justin Timberlake team up to release the track and music video for “The Other Side” (listen here or watch here).  The track was written specifically for the film by Justin Timberlake, Ludwig Göransson, Max Martin, Sarah Aarons and Solana Rowe (SZA) and produced by Timberlake and Göransson.  “The Other Side” is the first single to be released from the upcoming Trolls World Tour (Original Motion Picture Soundtrack), which will be available on March 13th via RCA Records and is available for pre-order here now. The full video premiered first today on MTV Live, MTV U and BET Soul as well as on ViacomCBS’s Time Square billboards.

The visuals for “The Other Side” pay homage to Hip-Hop videos of the 90’s and finds SZA and Timberlake dancing and playful in front of a fisheye lens.

“I was so thrilled to be invited to participate in this project with Justin,” said SZA. “The creative process of working with him and the team was filled with such excitement. It’s an energy you can feel in both the song and music video. I can’t wait for people to check it out.”

“It has been such a fun process writing and executive producing for this project,” said Timberlake. “Being able to bring together different creatives from various disciplines and genres has been the most rewarding part. Creating something that serves the movie while still being able to exist apart from it has been a fun challenge that was made even more exciting by working with the other amazing artists that helped us put this together.”

About Trolls World Tour
Anna Kendrick and Justin Timberlake return in Trolls World Tour, an all-star sequel to DreamWorks Animation’s 2016 musical hit. In an adventure that will take them well beyond what they’ve known before, Poppy (Kendrick) and Branch (Timberlake) discover that they are but one of six different Trolls tribes scattered over six different lands and devoted to six different kinds of music: Funk, Country, Techno, Classical, Pop and Rock. Their world is about to get a lot bigger and a whole lot louder.

A member of hard-rock royalty, Queen Barb (Rachel Bloom), aided by her father King Thrash (Ozzy Osbourne), wants to destroy all other kinds of music to let rock reign supreme. With the fate of the world at stake, Poppy and Branch, along with their friends — Biggie (James Corden), Chenille (Caroline Hjelt), Satin (Aino Jawo), Cooper (Ron Funches) and Guy Diamond (Kunal Nayyar) — set out to visit all the other lands to unify the Trolls in harmony against Barb, who’s looking to upstage them all.

Cast as members of the different musical tribes is one of the largest, and most acclaimed, groups of musical talent ever assembled for an animated film. From the land of Funk are Mary J. Blige, George Clinton and Anderson .Paak. Representing Country is Kelly Clarkson as Delta Dawn, with Sam Rockwell as Hickory and Flula Borg as Dickory. J Balvin brings Reggaeton, while Ester Dean adds to the Pop tribe. Anthony Ramos brings the beat in Techno and Jamie Dornan covers smooth jazz. World-renowned conductor and violinist Gustavo Dudamel appears as Trollzart and Charlyne Yi as Pennywhistle from the land of Classical. And Kenan Thompson raps as a newborn Troll named Tiny Diamond.

Trolls World Tour is directed by Walt Dohrn, who served as co-director on Trolls, and is produced by returning producer Gina Shay. The film is co-directed by David P. Smith and co-produced by Kelly Cooney Cilella, both of whom worked on the first Trolls.

About SZA
Born in St. Louis and raised in Maplewood, NJ, Top Dawg Entertainment artist SZA, a nine-time Grammy nominee, Academy Award and Golden Globe nominee, released her major label debut album Ctrl (TDE/RCA) in 2017. Revered for its raw and honest lyrics, it landed at No. 1 on Billboard’s R&B Albums chart, No. 2 on the R&B/Hip Hop Albums chart and No. 3 on the Billboard 200 chart, according to Nielsen Music. Pitchfork proclaims it “an opulent, raw R&B album that constantly tests the borders of the genre.” The now RIAA-certified Platinum album received five Grammy nominations in 2018 and more than half the songs on Ctrl are now RIAA certified Gold or higher as well. Her hit song “All the Stars” with Kendrick Lamar from Black Panther: The Album, Music From and Inspired By, earned her another four Grammy nominations along with Academy Award and Golden Globe nominations for “Best Original Song” in 2019. SZA has won various awards since the release of Ctrl including Billboard Music Awards’ Top R&B Female Artist, BET Awards’ Best New Artist, Soul Train Music Awards’ Best R&B/Soul Female Artist and Best New Artist, MTV Video Music Awards’ Best Visual Effects for the “All The Stars” with Kendrick Lamar and NAACP Image Awards’ Outstanding New Artist in 2018. In 2019, she won NAACP Image Awards’ Outstanding Duo or Group for “All The Stars” with Kendrick Lamar and Outstanding Soundtrack/Compilation for the Black Panther Soundtrack. SZA also received Billboard’s 2019 Women in Music Rule Breaker award.

About Justin Timberlake
Multi-­talented actor and musician Justin Timberlake has sold more than 32 million albums worldwide, sold out arenas across the globe, received numerous awards and nominations and has become one of the most highly respected entertainers in the business. He released the four-­time platinum-­selling song “CAN’T STOP THE FEELING!” from the film Trolls, which debuted at No. 1 on the Billboard Hot 100, and was ultimately the best-­selling U.S. single in 2016. The single marked Timberlake’s 10th Grammy and garnered a nomination for an Academy Award and Golden Globe. In February 2018, Timberlake released his fourth solo album, Man of The Woods, which reached No. 1 on the Billboard 200 chart, and he recently wrapped his sold-­out world tour in support of the project. A gifted actor, he has appeared in a diverse slate of films including Alpha Dog, Bad Teacher, and Shrek the Third. He also earned strong reviews for his performance in the Academy Award-­nominated The Social Network. Named “one of the 100 most influential people in the world” by Time in 2007 and 2013, Timberlake is a four-­time Emmy Award winner for his appearances on Saturday Night Live, and recently added author to his resume with the autobiographical book Hindsight & All the Things I Can’t See in Front of Me.