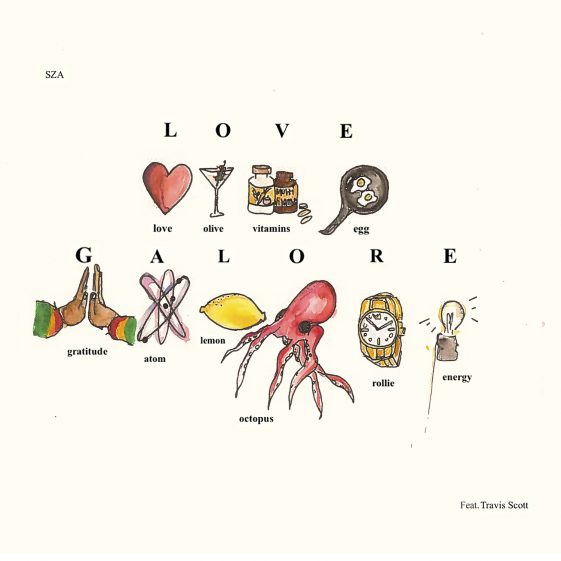 The release of “Love Galore” also signifies the newly formed partnership between Top Dawg Entertainment (TDE) and RCA Records for the launch of SZA’s forthcoming debut album Ctrl, slated for release this summer.

SZA entered the music scene in 2012 with her first critically acclaimed EP, See.SZA.Run. Following that, she released S in 2013 and Z in 2014, both to rave reviews. In 2013, SZA signed to Top Dawg Entertainment, being the first female artist to join the label. SZA wrote and performed on Rihanna’s Anti Single “Consideration” in 2016 and helped write Nicki Minaj and Beyonce’s “Feelin Myself” in 2014.

Earlier this year, SZA released “Drew Barrymore,” and made her national television debut performance of the song on Jimmy Kimmel Live.

Born in Maplewood, New Jersey as Solána Rowe, SZA grew up listening to classic and avant-garde jazz, alternative, and rap.  She renamed herself finding inspiration within the Supreme Alphabet: the ‘S’ stands for savior or sovereign, the ‘Z’ for zig-zag, and the ‘A’ for Allah.