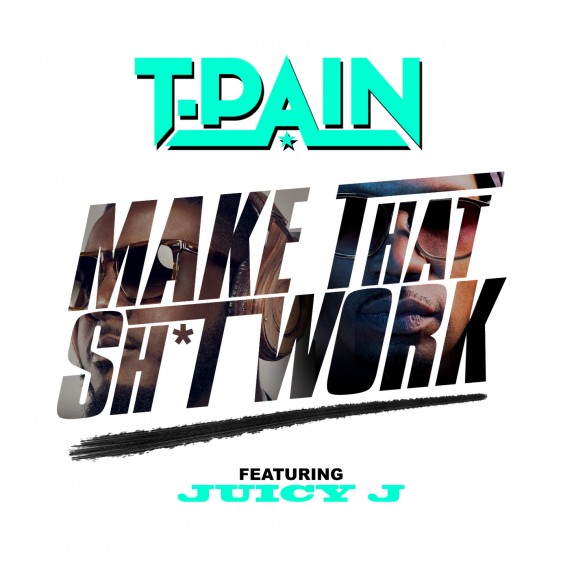 The release of “Make That Sh*t Work” comes right off the heels of T-Pain’s critically acclaimed 2015 mixtape, The Iron Way, which was praised by Billboard, Complex and Pitchfork among others. As well his much talked about headlining performance at Fader Fort, which Rolling Stone named “Best R&B Comeback” of SXSW 2015. In the fall of 2014 T-Pain shocked the world with a stripped down performance on NPR’s “Tiny Desk Concert Series,” which garnered over 7.5 million views quickly becoming the most watched episode in the history of the series.

In addition to new music T-Pain will also appear as one of three new judges on the returning season of MTV’s America’s Best Dance Crew starting July 29th.

Hailing from Tallahassee, FL, T-Pain released his debut LP in 2005. In his decade long career, the talented musician has become a fixture on both the radio and sales chart selling over 17 million digital singles and 2.3 million albums in the U.S. alone. In addition, T-Pain has a total of sixteen #1 singles and has produced and/or been featured on over 45 top ten songs.

With a distinctive sound that has garnered him a bevy of success along with a new single and album on the horizon. 2015 will surely see T-Pain continue his domination on the charts further cementing his place in music history.