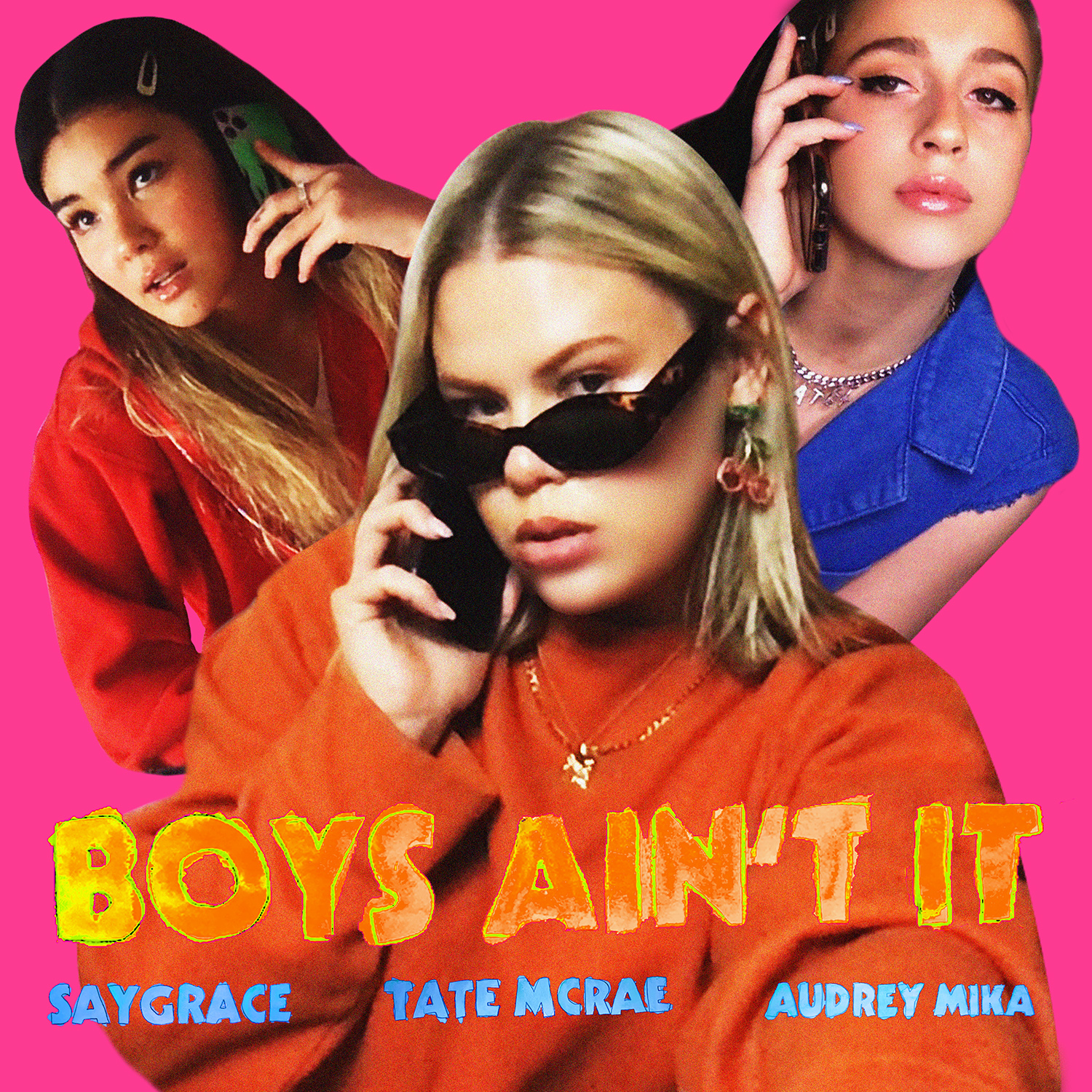 The Defining Moments of SAYGRACE: Girlhood, Fuckboys & Situationships Out Now Via RCA Records

What the Press is Saying about SAYGRACE:

Impeccable…Here’s to the 22-year-old finally getting the recognition she deserves.”- Idolator

Bouncing between soulful vocals and spurts of rapping, SAYGRACE gets everything off her chest…“…the songstress changed her moniker and gained a new sense of self.” – Earmilk

Directed by Becky Hearn and brilliantly-edited by Sophia Kerpan with animation by Brook Berver, the video is one of the first videos of its kind with Grace, Tate, Audrey filming their performances while self-isolating at home. The fun visual reflects the experience that most of the world is having right now where we stay close virtually with friends and family via our phones.

Watch the original video for “Boys Ain’t Shit” HERE. The single has charted on the Spotify Viral Charts in over 25+ markets around the world including Top 15 Global  and Top 5 on the viral charts in the US and Canada.  The single has also been trending on TikTok with over 200k video creations. Watch SAYGRACE’s Genius Verified interview HERE.

SAYGRACE says: It’s so cool to have such talented young artists like Tate and Audrey join me in singing ‘Boys Ain’t Shit.’ Love what they did with the song, and it was wild collaborating and making our selfie video at home during this surreal time.”

Adds Tate McRae: “Being able to work with two other up and coming female artists in the music industry is pretty inspiring and I jumped at the chance to work with Saygrace and Audrey Mika.  It’s so awesome to be in the studio, bouncing ideas off one another and seeing what they’ve experienced in the past. It definitely opens you up to a whole other perspective.”

Adds Audrey Mika: “I am so lucky to be on such an empowering record with the very powerful SayGrace and Tate McRae! It was so fun to be able to collaborate in the studio and being as creative as we can be!”

“Boys Ain’t Shit” finds SAYGRACE flipping the script on a man who pushed her to the breaking point. SAYGRACE turned the track into an anthem for all women who feel like swiping, doing emotional labor, and the interchangeable nature of modern dating is dehumanizing.

SAYGRACE thinks of her lyrics as a message to the younger version of herself, and a message to any woman who needs to hear it; that in a world that’s always trying to shrink you, you can be as big as you want. “As woman we’re told all your value is placed on how fuckable you are, but I refuse to accept that as reality,” she says. “What I realized as I got older is that nothing is more powerful than divine feminine energy and when woman come together and support each other the possibilities are infinite.” SAYGRACE is all about finding her place and her power as a young woman despite sometimes still feeling like a lost kid in this big world.

Tate just released her critically acclaimed 5 song debut ep all the things I never said, featuring standout track “stupid,” “tear myself apart,” and “all my friends are fake, and latest video for “that way.” Last month, she was announced as one of YouTube Music’s Artist on the Rise, YouTube’s emerging artist program that champions breaking talent and rising stars.  Tate has received praise from a variety of publications with TheInterns.net claiming she is, “going to be one of the hottest names in music” while Idolator voted her one of 40 artists to watch in 2020, and E! included her as one of 15 newcomers you need to know.  She has also garnered early from from i-D, Wonderland, NME, Ones To Watch, The Sunday Times Culture, 1883, tmrw magazine, Billboard, & more. In just over a year, she has over 2 million subscribers and over 180 million video views on YouTube and has over 325 million combined on demand streams to date.

Hailing from the Bay Area, 19-year-old rising star Audrey Mika first rose to prominence as a YouTube sensation whose following has continued to grow with her unique covers of popular hits. She has amassed over 1.3 million YouTube subscribers who flock to check out her original material such as her two prior projects, 2018’s “Are We There Yet” and 2019’s “Level Up,’ which she recorded entirely on GarageBand. Her latest EP 5 A.M. was released earlier this year and includes her hit “Y U Gotta B Like That” which has amassed over 40M combined audio/visual streams in the US as well as “Fake Heartbreak” which Idolator called “soulful.” She’s been called a “rising star” by Paper Magazine and her original music has been praised by Ones To Watch who called it “incredible.” Her spring tour saw her first ever New York show sold out.