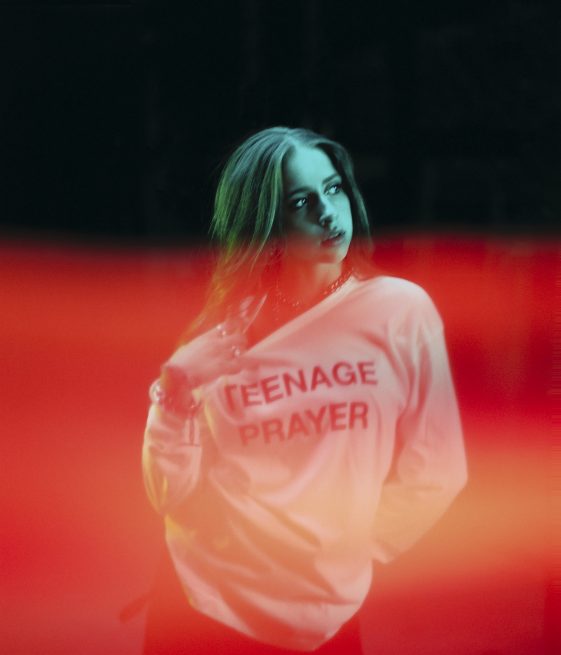 Tate’s current single, “you broke me first” currently has over 85 million streams worldwide.  The track has received top tier pop playlisting on Spotify and Apple including Spotify’s Today’s Top Hits and Apple’s A-List Pop and many more.  Both “you broke me first” and “vicious” will be featured on Tate’s upcoming EP due out this fall.

Named YouTube’s next Artist On The Rise, singer/songwriter/dancer Tate McRae released her debut EP all the things i never said, in January and features her standout tracks “stupid” “tear myself apart,” “all my friends are fake,” and “that way.”  She also wrapped her completely SOLD OUT all the things I never said pt 1 tour which made stops in New York, Los Angeles, Chicago, Toronto, London, Berlin and Amsterdam.

Tate has received early praise from a variety of publications with TheInterns.net claiming she is, “going to be one of the hottest names in music” while Idolator voted her one of 40 artists to watch in 2020.  Just this weekend, E! included her as one of 15 newcomers you need to know.  She has also garnered early from from Fader, i-D, Wonderland, NME, Ones To Watch, The Sunday Times Culture, 1883, tmrw magazine, Billboard, & more.

Tate launched her YouTube channel and her “Create with Tate” music series where she has been consistently releasing original music (check out some here).  In just over a year, she has over 2.4 million subscribers and over 230 million video views on YouTube and has over 450 million combined on demand streams to date.