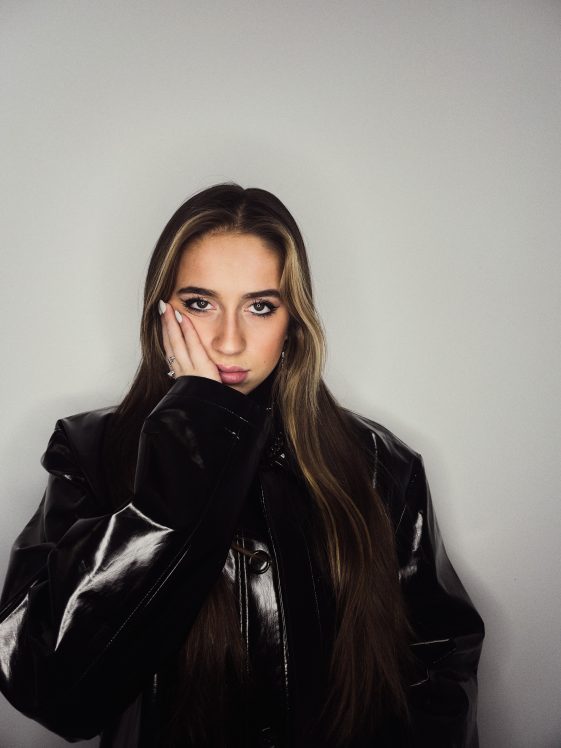 NEW EP, too young to be sad, SET FOR RELEASE MARCH 26TH

ANNOUNCED AS APPLE MUSIC’S UP NEXT ARTIST FOR MARCH 2021

“slower” will be featured on too young to be sad along with the smash hit single, “you broke me first,” “r u ok,” “rubberband” and two additional new tracks.  The 6 track ep is available for pre-save now here.

Also announced earlier today, Tate was named as Apple Music’s Up Next Artist for March 2021.  As part of the campaign, Tate releases her Up Next film today (watch here), a Jimmy Kimmel Live! performance on March 30 and a sit down interview with Apple Music’s Travis Mills, where she talks about her modern heartbreak anthems, how she uses social media as her outlet to share her work, and coping with anxiety.

Her current single, “you broke me first” currently has nearly 800 million streams, is approaching Top 5 on Top 40 chart and Top 15 at Hot AC and helped Tate to secure her spot in the #1 spot for 5 weeks on Billboard’s Emerging Artist Chart, on the Hot 100 Chart (currently #21) and #1 at dance radio. The track is currently 4x PLATINUM in Ireland, 2x PLATINUM in Mexico and New Zealand, PLATINUM in the US, UK, Canada, Australia, Finland, France, Malaysia, the Netherlands, Norway, and Sweden.

Singer/songwriter/dancer Tate McRae has become the artist on the rise.  She currently has over 1.4 billion career streams with over 3.2 million subscribers and over 450 million video views on YouTube.  She was listed on Forbes 30 Under 30 List for 2021 as the youngest musician on the list as well as Amazon’s Artist to Watch in 2021, Pandora’s Artists To Watch 2021 list and included on Billboard’s 21 Under 21 One’s To Watch list. She was also named one of YouTube’s Artist on the Rise, and MTV’s Push Artist for July 2020.  Mixing her vocal ability with her unparalleled dance moves, Tate performed the single on the MTV’s European Music Awards, Jimmy Kimmel Live!, The Tonight Show Starring Jimmy Fallon and the VMA Pre-show.  In January 2020, she released her debut EP all the things i never said, as well as additional tracks “that way,” “lie to me” ft. Ali Gatie and “rubberband.”

Tate McRae Releases TOO YOUNG TO BE SAD EP Today