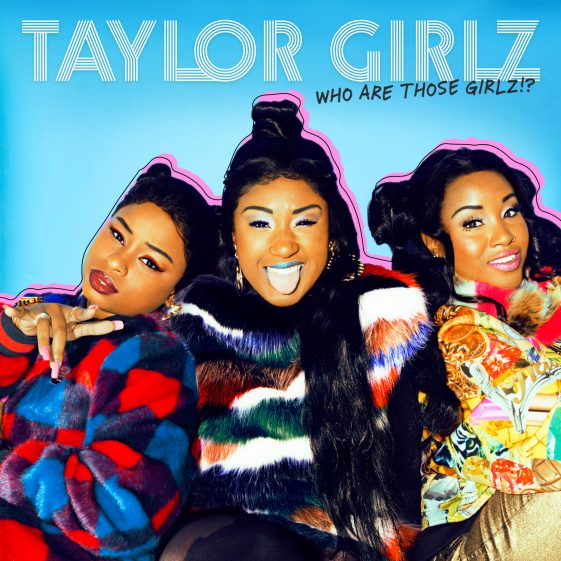 Produced by Bolo Da Producer (Silentó) and written by the Taylor Girlz, the 6-track EP features breakout hits “Steal Her Man” and “Wedgie” both feat. Trinity Taylor, which sparked the #stealhermanchallenge and #wedgieinmybootychallenge with fans across the nation. To date, both tracks have accumulated nearly 40 million streams worldwide across Spotify, Apple Music and Vevo.

The EP also includes other standout tracks: the bouncy “Boop,” hard-hitting “Bang,” the emotional “Hater” and the thought-provoking “Bougie,” which showcases the girls’ storytelling. Throughout the EP the Taylor Girlz aim to empower their young fans by highlighting relatable topics by making them their own through entertaining raps.

With the release of Who Are Those Girlz!? the Taylor Girlz give the world a first glimpse of their charisma, positive energy and raw talent, leaving fans wanting more.

Spitting bulletproof bars, busting show-stopping dance moves, and flaunting furious style, Taylor Girlz immediately ignite conversation. Comprised of sister rappers Daysha and Ti Taylor along with best friend, dancer, and choreographer Tiny, the trio redefine what it means to be a girl group in the social media era. You could think of them like Salt-n-Pepa meets Migos with a sharp sense of humor and energy for days.

Releasing music online, they quietly built an organic buzz. Nodding to influences ranging from Beyoncé, TLC, and Nicki Minaj to Ariana Grande, Lil’ Kim, Lil Uzi Vert, and Missy Elliott, the girls unleashed a string of viral smashes including “Steal Her Man” [featuring Daysha and Ti’s eleven-year-old sister Trinity Taylor] and “Wedgie.” Both took the internet by storm with 30 million cumulative YouTube views, 4.6 million Soundcloud plays, 4.8 million Spotify streams, and 2 million Apple Music streams in less than six months. Fans even started their own #stealhermanchallenge across Musical.ly, Dubsmash, Triller, Instagram, and Flipagram. Peaking at #1 on Billboard‘s Bubbling Under R&B/Hip-Hop Chart and bowing at #11 on the Pandora Trendsetters Chart, Forbes featured the group, while Complex rightly pegged “Steal Her Man” as “Bout to Blow: 10 Dope New Songs You Should Be Hearing Everywhere Soon.”

Who Are Those Girlz!? Track Listing

Keep Up With The Taylor Girlz: