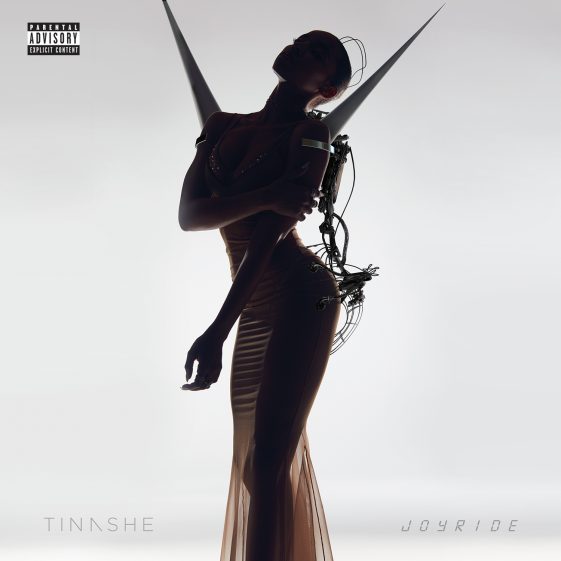 The album is a melodic overview of Tinashe’s discography, from her pop-influenced singles to the moodiness of previous mixtapes like Nightride and Amethyst all while spotlighting her production and songwriting talent. Where title track “Joyride” introduces the album with fervor and hunger, the Little Dragon assisted “Stuck With Me” breaks in between; keeping the listener guessing on what’s to come next. Frequently labelled as a triple-threat, the young 25 year old syncs her lyrics with some of the industry’s biggest stars to make Joyride the total package… and one of her most exciting bodies of work yet.

To purchase and listen to Joyride:

What Press Are Saying About Tinashe & Joyride:

“Even in a post-genre, anything goes world, this multifaceted singer, songwriter, actress, and model has found her own unique lane.” – Billboard

“Joyride, a slinky, triumphant album that is as self-assured as it is vulnerable.” – TIME Magazine

“It’s Tinashe’s moment—again—and this time, the world may have finally caught up with her.” – W Magazine

“Tinashe is a force on her own… With her voice, her own two feet and a will to succeed, Tinashe confirms she will be unstoppable.” – Hypebeast

“The multi-platinum popstar has kicked off 2018 with serious momentum.” – Interview Magazine

“She’s proven time and again that she isn’t afraid of changing up her sound or collaborating with a wide array of (sometimes unexpected) different artists.” – AOL

“[Tianshe’s] songs are actual bops that will get stuck in your head for hours. Not to mention, she’s an incredible dancer who’s totally bringing the choreographed music video back.” – Galore Magazine

Co-mingling seductive R&B, edgy pop, and a nocturnal electronic sensibility, Los Angeles, CA based Tinashe emerged as a fascinating, focused, and fiery outlier in 2014 with her full-length debut Aquarius. Powered by the double-platinum smash “2 On” [feat. ScHoolboy Q], the album crashed the Top 20 of the Billboard Top 200 upon arrival before popping up on year-end lists by Pitchfork, Rolling Stone, Cosmopolitan, Stereogum, The Guardian, Vulture, and so many more. Between touring alongside everyone from Katy Perry and Nicki Minaj to Maroon 5, she revved up the official mixtape Nightride. Rolling Stone and Fuse both proclaimed it among the “20 Best R&B Albums of 2016.” Along the way, she graced the covers of Complex, V, Dazed, and Nylon in addition to turning up with unforgettable performances on The Tonight Show Starring Jimmy Fallon, Conan, and Jimmy Kimmel LIVE! Tinashe’s rise to conquer the industry has been limitless and an exciting one. Not bound by anyone’s box or idea of who and what Tinashe means, she embraces the gray area and continue to prepare the next chapter of her story with the release of her sophomore album.

Buckle up for a Joyride…

Keep Up With Tinashe: