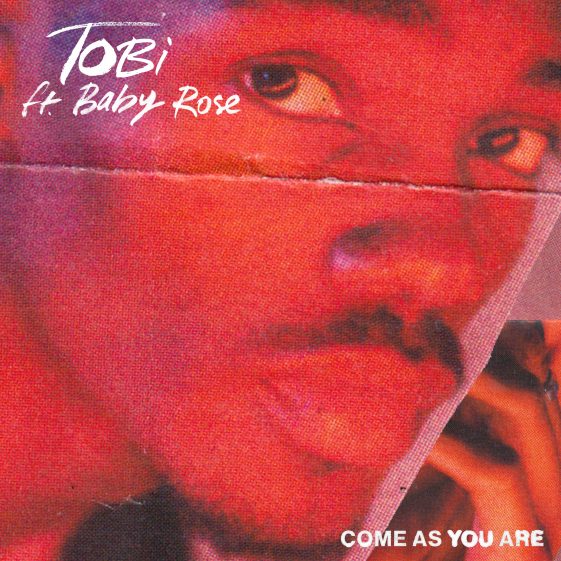 TOBi X Baby Rose Release “Come As You Are”

(New York — June 23, 2021) On the heels of winning the 2021 Juno Award for Best Rap Recording of the Year for his project Elements, Vol.1, Canada-raised/Nigeria-born TOBi today releases a new, soulful single titled “Come As You Are” with Atlanta-based singer, songwriter and producer Baby Rose via Same Plate/RCA Records.

TOBi offered the following about the making of “Come As You Are”:

“I’ve been waiting to do this song for years. I had the concept written but never brought it to life until the pandemic hit and I found it again. What does it mean to love someone as they are and not as a projection of who they portray to the world? Not the layers and titles that we have given to each other. To recognize the humanity in each other as a mirror of self. It’s a lesson in self-love as well. We know we are both here right now but we have the potential to be greater versions of ourselves and I want to be there for your blossoming, as you’ll be there for me. Sometimes we forget how the simplest things are often the most overlooked but the most important parts of who we are. Baby Rose delivered the perfect verse and was exactly how I envisioned what that night looked like.”

TOBI’s latest single “Don’t Touch!”  was met with critical praise: OkayPlayer called it “infectious” and COMPLEX raved the “smooth production from Grammy winners Kaytranada and BADBADNOTGOOD, elevating (TOBi’s) empowered musings on the hairy side of the Black experience to new heights.”  “Family Matters” featuring Flo Milli preceded “Don’t Touch!” with Atwood describing it as a “dynamic” and “impassioned reboot.” Highsnobiety concurred declaring it a “formidable pairing.”

TOBi has cited the work of Gil Scott-Heron, Frank Ocean, Kendrick Lamar, Marvin Gaye, Eartha Kitt, Florence and the Machine, and Andre 3000 as some of the artists who have inspired his own work, particularly his lyrics.

Grammy-nominated Atlanta based artist Baby Rose remains one of the most captivating voices of her generation. She broke onto the scene with her 2019 debut project, To Myself, which has amassed over 20 million global streams to date and landed her early co-signs by SZA, J. Cole, Kehlani, LeBron James, Ne-Yo, and Joe Budden. The project received large critical acclaim from The New York Times, Pitchfork, Pigeons & Planes, VOGUE, NPR, Rolling Stone, Billboard, Complex, Hypebeast, VICE, NME, Harper’s Bazaar, ELLE and many more. It was followed by a mesmerizing NPR Tiny Desk performance for the books, a sold-out headlining worldwide tour and major placements on HBO’s ‘Insecure’ and Kenya Barris’ award-winning ‘Grownish’. Later the singer received a GRAMMY nomination for her contribution to Dreamville’s ‘Revenge of the Dreamers III’ album and was also featured on albums from Big KRIT and Matt Martians. She also opened for Ari Lennox and Snoh Aalegra on their celebrated 2019 tours. In late 2020, Baby Rose made her late night TV debut with an arresting performance of her breakout song “Show You” on The Late Show with Stephen Colbert.