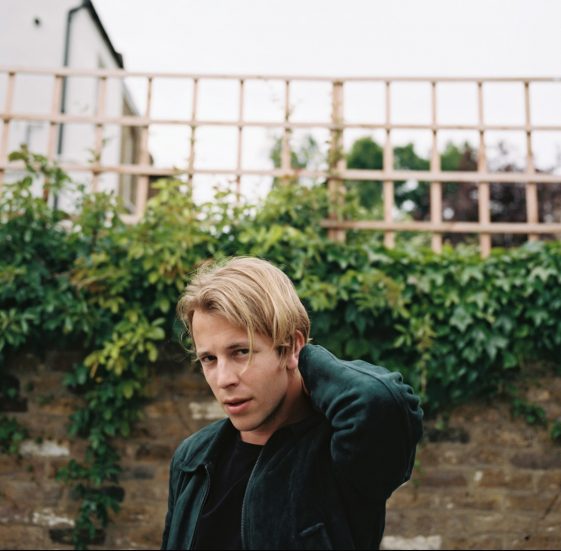 SOLD OUT HEADLINING TOUR KICKS OFF SEPTEMBER 11 IN LOS ANGELES

(NEW YORK – August 28, 2018) –Today, Tom Odell releases the video for his brand new single “Half as Good as You,” featuring the vocals of rising star Alice Merton. “Half As Good As You” is featured on Odell’s forthcoming third studio album Jubilee Road, set for release October 26 via RCA Records. Watch it HERE.

Although the album title may be a fictional street name, Jubilee Road may well be Odell’s most honest and personal album, thus far. Packed with his signature melodies and ebullient performances, Jubilee Road documents real life stories of the time Tom spent living in a house in East London.  While only 27 years old, Jubilee Road may well be a career-defining record for Odell, which sees the multi-talented young artist take full control of his music, not only writing, singing, and vamping up his vibrant piano style on all ten songs, but also self-producing them.

From the opening title track “Jubilee Road,” Tom sings about the neighborhood characters, from the whiskey-drinking gamblers in the local betting shop in “Queen of Diamonds,” to the bittersweet celebration of “Wedding Day.” He is also joined by Alice Merton on stand-out track “Half As Good As You” out now. Another highlight is lead single “If You Wanna Love Somebody”  which he performed on on The Graham Norton Show  release day (watch it HERE and watch official video HERE). “If You Wanna Love Somebody” is a passionate, expertly-crafted love song about a broken relationship, seeing him once again revisit the theme of his breakthrough debut single “Another Love.”  Jubilee Road is his third studio album that follows his 2016 release Wrong Crowd, which debuted at #2 on the UK album chart.

Odell’s debut album, 2013’s million selling, #1 UK debut Long Way Down, featured his breakthrough single “Another Love” and was equally met with tremendous critical acclaim, earning him the highly prestigious Ivor Novello Award for Songwriter of the Year in 2014 and the Brits Critics’ Choice Award in 2013 at the age of 22.  His singles “Another Love” and “Real Love” both hit the UK Top 10, with the latter, a cover of a track by The Beatles – used for the UK John Lewis’ Christmas TV 2014 ad campaign. Odell has amassed an impressive 1.8 million album sales and 10 million single sales worldwide. Tom is set to embark on his sold out headlining fall North American, U.K. and European tour. (Find dates below).