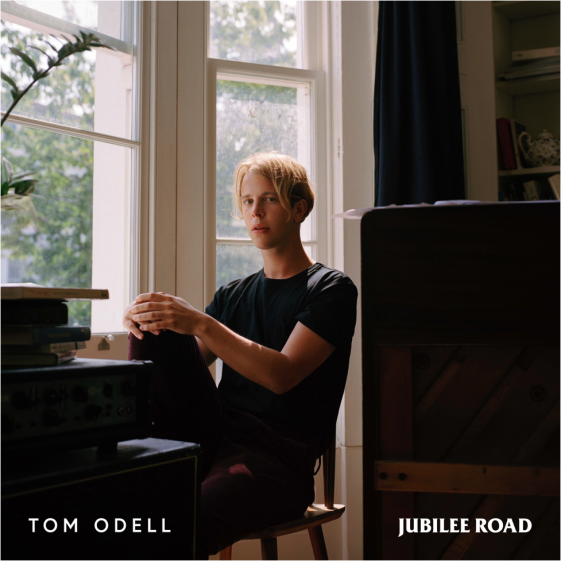 “A singer-songwriter delivering on both fronts”- Q Magazine (four stars)

Tom Odell also announces today that his April/May 2019 US tour dates are on sale today with shows in New York, Boston, Chicago, Los Angeles and more. CLICK HERE for a complete list of shows.

Although the album title may be a fictional street name, Jubilee Road may well be Odell’s most honest and personal album, thus far. Packed with his signature melodies and ebullient performances, Jubilee Road documents real life stories of the time Tom spent living in a house in East London.  While only 27 years old, Jubilee Road may well be a career-defining record for Odell, which sees the multi-talented young artist take full control of his music, not only writing, singing, and vamping up his vibrant piano style on all ten songs, but also self-producing them.

Speaking about the album Tom says: “I wrote this album in a house on a quiet terraced street in East London. The lyrics are inspired by the lives of the friends I made whilst living there. I recorded most the songs in the living room of the house and if I listen back closely, I can still hear the sound of the old man’s television shows coming through the walls from next door, the kids from the house opposite playing football in the street below and the sound of my girlfriend’s footsteps on the wooden floorboards above. I don’t live there anymore, my life has changed somewhat, but I will always remember the time fondly and I hope you enjoy listening to the album as much as I did making it”.

Tom recently wrapped the first leg of his sold out tour in the US in support of Jubilee Road  and the second leg of 2019 tour dates are on sale today 10 a.m. local time.

Watch the Video “Half As Good As You”: http://smarturl.it/TomHAGAYVid

“If You Wanna Love Somebody” Official Video: http://smarturl.it/TomIYWLSVid