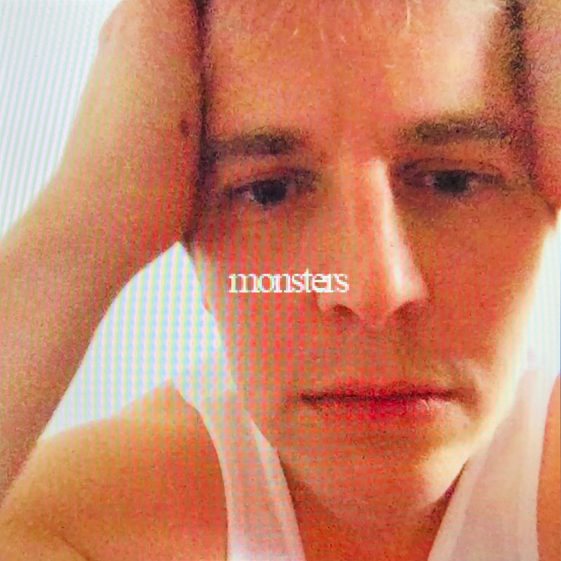 After a dark period of mental health stalked most of his 2018 and 2019, Odell wrote his way through it, eventually letting down his guard and pouring his feelings into new music that became his brand new album monsters. The album feels like both a daring creative rebirth and a solidifying of Odell’s strengths.

Last week, Tom released a stripped down version of the song and video titled “monster v.1.” CLASH described it “rustic and intimate…A song developed out of distaste, anxiety and personal responsibility, ‘monster v.1’ is a plea to better oneself despite pain. The video is starkly personal and filmed by Odell himself at home. Presented as personal diary tapes, ‘monster v.1’ feels like watching someone’s most confidential moments of mental turbulence.”  Watch the video/listen HERE. Tom debuted “monster” with a stripped down performance on The Graham Norton Show – Watch Here.

“monster v.2” is the perfect companion track to follow “numb”   — with the confrontational chorus (“you’re just a monster and I’m not scared”), lyrics initially inspired by Trump, and more specifically climate change activist Greta Thunberg’s staring down the former U.S. president at the UN Climate Summit in 2019. The song’s meaning soon morphed into something more abstract. The song became a self-help mantra for Odell’s ongoing battle with anxiety.  Tom also releases a video today for which Tom’s fans sent in clips of what the word ‘monster’ meant to them.

Tom explains:  “in 2019, my anxiety got so bad that I had to stop making music for a while. There was a period when it felt like I couldn’t leave the house without having a panic attack. I wrote this song, ‘monster’ about trying to overcome my struggles with those mental health problems. The more I’ve begun to speak about this subject, the more I’ve realized so many people are going through the same thing. I asked my fans to show me what the word ‘monster’ meant to them, and I thought I was just gonna make a 30 second video for Instagram or something, but the first time we put all the clips together I cried. It was so moving to see people being so vulnerable, so I scrapped the whole other music video I had made for the song and ended up going with this as the main music video, as it was so good.  I think it’s one of the most powerful videos I’ve ever been involved with.”

Odell has been working as a musician in the public eye since he was 21 when his self- penned debut album Long Way Down, earned him a UK number one album, top 10 single (the epic “Another Love” which propelled him to global notice) as well as the coveted Brit Award. A masterful performer, Tom has appeared on The Tonight Show Starring Jimmy Fallon, The Graham Norton Show, Late Late Show with James Corden, Late Night with Seth Meyers and so many more.

Brit Award for Critic’s Choice and was awarded the prestigious Ivor Novello award for Songwriter of the Year.