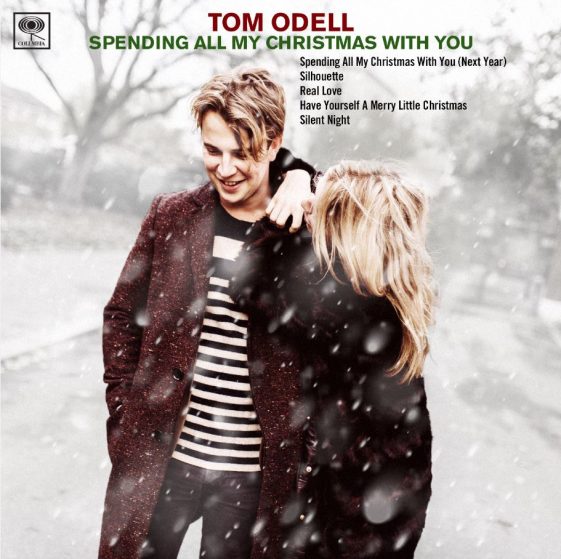 (New York – November 28, 2016) Tom Odell releases the video for his album track “Silhouette.” CLICK HERE to watch it now. The track will be featured on his Christmas EP, entitled SPENDING ALL MY CHRISTMAS WITH YOU, set for release everywhere December 9th. Odell recently completed the UK leg of his “Wrong Crowd” tour, including a sold out performance at Brixton’s 02 Academy and kicked off the European leg of his tour this past Friday, November 25th in Cologne, Germany. These dates follow his critically-acclaimed US headlining tour in cities including New York, Los Angeles, Philadelphia, Washington, DC, and more in support of his studio album WRONG CROWD (RCA Records).

In addition, Odell performed this summer at UK’s Glastonbury Festival and V Festival. The UK Telegraph wrote that he was “electrifying…with a big, bold, bravura performance … a whole layer of charismatic rock swagger…Odell might be the missing link between showboating Seventies Elton and the epic emotionalism of Coldplay. In a set where new songs were greeted just as rapturously as old favourites, Odell did more than enough to suggest …his (Brit) Critics Choice Award might not be his last.”

Tom Odell performed on The Tonight Show Starring Jimmy Fallon, The Today Show and the Late Late Show with James Corden, Late Night with Seth Meyers and Live with Kelly surrounding the release of his album WRONG CROWD. The album debuted at #2 on the UK album chart, #2 on the U.S. Alternative New Artist chart, #8 on the U.S. New Artist chart and top 10 on iTunes in over 20 countries upon its release. WRONG CROWD  has been met with much critical acclaim – Q Magazine in a 4 star review calls his single “ — thrillingly melodic… and (the album) a home run…victorious; People Magazine continues Odell “solidifies his sound” on WRONG CROWD, The Wall Street Journal  describes him as “soulful” and Wonderland writes of Odell’s “triumphant return.”

A new version of “Silhouette” will be made commercially available on December 9th as part of Odell’s Christmas EP, SPENDING ALL MY CHRISTMAS WITH YOU. In addition to “Silhouette,” the EP includes a selection of holiday favorites, recorded live at the BBC, as well as Odell’s Top 10 hit “Real Love,” a cover of the Beatles classic which was featured as part of the beloved John Lewis Christmas TV ad campaign in 2014 (Click Here to watch).
Find EP track listing below:

Watch the video for “Silhouette”: http://smarturl.it/SilhouetteVid