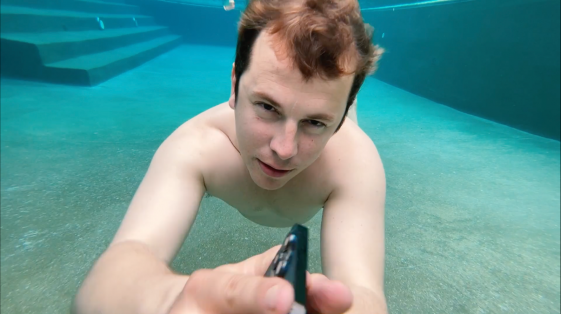 The album is available for pre-order here: https://tomodell.lnk.to/monsters

After a dark period of mental health stalked most of his 2018 and 20119, Odell wrote his way through it, eventually letting down his guard and pouring his feelings into new music for his forthcoming fourth studio album monsters set for release July 9th. New track  “money,” out today is built around a driving pulse of echo-laden beats and crunchy, metallic percussion,  lyrically it rails against the obsession with capitalism, while also pointing at the reflection in the mirror The official video, directed by Georgie Summerville, has Tom parodying the absurdities of chasing money. Watch Here. HERE.

Tom says of the video: “money… no matter where we come from, how much we have, we are all constantly made to feel like we don’t have enough, and that somehow if we had more, we would be happier… if you’re poor, get rich…. if you’re rich, get richer. And you know those most absurd thing about it? … by the time you get to the end of this paragraph, Jeff Bezos will have made another million dollars. Here is the video for money. We spent most of the budget on trying to buy and do things one would associate with having lots and lots of money. It was fun, but also quite exhausting.”

Odell has been working as a musician in the public eye since he was 21 when his self- penned debut album Long Way Down, earned him a UK number one album, top 10 single (the epic “Another Love” which propelled him to global notice) as well as a Brit Award. A masterful performer, Tom has appeared on The Tonight Show Starring Jimmy Fallon, The Graham Norton Show, Late Late Show with James Corden, Late Night with Seth Meyers and so many more.   Tom Odell has enjoyed over 2.6 billion streams, three UK top 5 albums including the platinum-selling, chart-topping Long Way Down; two UK top 10 singles, a 2013 Brit Award for Critic’s Choice and was awarded the prestigious Ivor Novello award for Songwriter of the Year.

As a testament to his enduring popularity, Tom Odell performed on BBC1 Graham Norton TV show (watch here) to launch his new album  and more recently he appeared on The Late Late Show with James Corden with another intimate performance of first track “numb.”  At the same time Odell’s fan base continues to grow exponentially with his new sound and direction. He has gained over 2 million new monthly listeners since the start of the year, with ⅔ of his audience under 25. Despite joining TikTok relatively recently, his heavily engaged videos have been viewed over 15 million times.