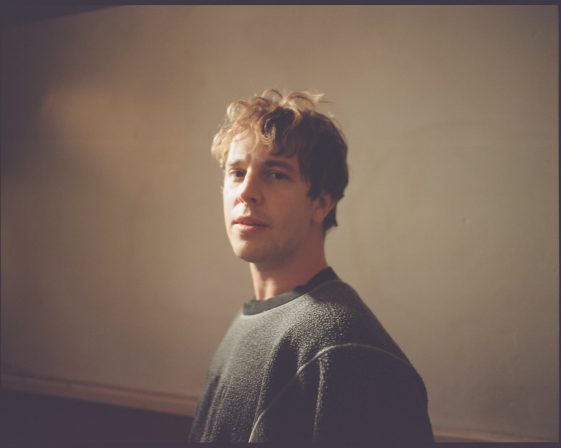 The accompanying video was filmed in Tom’s home in England and directed by Tom Odell & Joseph Delaney. Watch it HERE.

A classic songwriter who was awarded a prestigious Ivor Novello award for Songwriter of the Year – relied on his passion more than ever when it came to crafting ‘numb,’ his first single for 2021.

After a dark period of mental health stalked most of 2018 and 2019, Odell wrote his way through it, eventually letting down his guard and pouring his feelings into new music that will form his fourth album due later this year.  It feels like both a daring creative rebirth and a solidifying of Odell’s strengths. It’s all there in his single “numb” with its edgy open and Odell’s unadorned vocal over sparse piano – “I hold my hand over the flame, to see if I can feel some pain,” he sings – before eerie, wheezing electronics and layers of clipped beats cloaking the song. Inspired by experimental musician Mica Levi’s soundscapes, synthetic textures are painstakingly- fused with acoustic flourishes. “I would say there was this period where I was just disconnected,” he says of ‘numb’s lyrical inspiration. “I felt bogged down, like I was beginning to lose that sense of lightness.”

Odell has been working as a musician in the public eye since he was 21 when self-penned debut album Long Way Down earned him a UK number one album, top 10 single (the epic “Another Love” which propelled him to global notice) as well as the coveted Brit Award. A masterful performer, Tom has appeared on The Tonight Show Starring Jimmy Fallon, The Jonathan Ross Show, The Graham Norton Show, Late Late Show with James Corden, Late Night with Seth Meyers and so many more. Now, 30, it’s clear to Odell that the whirlwind around his debut kick started a work ethic that eventually became an obsession.  It reached an apex in September 2019 when Odell, fresh off touring his album Jubilee Road, left his home in London and went straight to LA to start writing the next album.

“Then this chronic anxiety that I’d had for a couple of years just got worse.” Odell woke up one morning “and I couldn’t do any more music.” He knew something had to change.  In the end he flew back home, went straight to his parent’s house and slowly got better.

Slowly but surely, Odell turned that challenging experience into a new album.  He also realized  his broader lyrical horizons needed to be matched by a musical expansion, with a lot of the songs on the album – created alongside songwriter Laurie Blundell and producer Miles James – leaning into a more electronic, bedroom pop sound that Odell has steadily become obsessed with over the last few years. This newfound love of DIY electronic pop chimed with the pandemic’s arrival and songs were crafted in a more threadbare way around instruments he had at hand, like Moog synths. It was a move underpinned by both necessity and a desire to explore. So eerie synths and head-rattling beats augment the sound.  While his new music is at times weighty, there’s a lightness of touch that means Odell is able to pull off pop’s greatest trick of hiding sadness in the melodies.   In this strangest of times, this new music represents the start of chapter two in Odell’s ongoing musical journey.

To coincide with the release of ‘numb,’ Tom announced an exclusive Virtual Live performance on the Sidedoor platform on February 27th.  As this has already sold out, another virtual live performance has been scheduled for April 10th. These will be special interactive evenings where he will answer fan questions and perform intimate shows including never-heard-before songs from his upcoming fourth studio album.  All proceeds from the shows will be donated to Tom’s amazing band and crew whose lives have been turned upside down by the pandemic. Click HERE for more details.

Read What the Press Has Been Saying about Tom Odell

“…what he has come back with is a bigger, much more cinematic sound – but a sound which is still distinctively Tom Odell.”

“ As usual, Tom’s lyrics dissect matters of the heart with the skill of a brain surgeon as he draws a line in the sand.”

“…solidifies his sound while expertly channelling other British rockers who paved the way.”

“[Wrong Crowd] is a meditative, soulful return, while the striking video [for Magnetised] is a nakedly emotional treat.”

“Tom joins Robbie Williams, Sam Smith, Harry Styles and many more who have been taken under the wing of Sir Elton.”