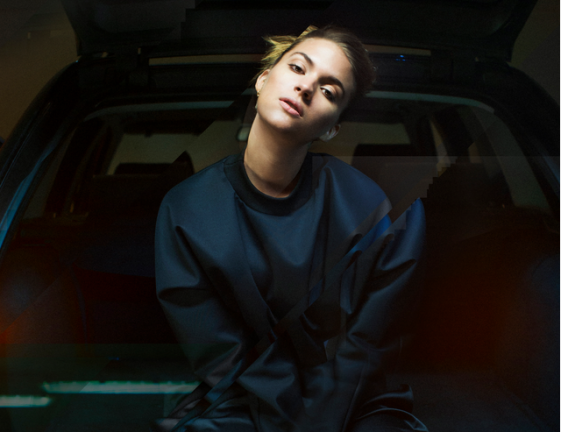 Newly-signed Swedish recording artist, Tove Styrke, will make her US network television debut with a performance of “Borderline” on NBC’s Late Night With Seth Meyers on March 18th. The video for “Borderline” was shot on the Nordic Island of Svalbard close to the North Pole (WATCH VIDEO) and is Styrke’s first US single which will appear on her upcoming full length US debut album, Kiddo, due out in June on RCA Records/Sony Sweden.

Following her appearance on Seth Meyers, Tove will make her SXSW debut with a variety of showcase performances in Austin.

Styrke will kick off her first US tour on May 4th in Washington, DC at DC9. The tour will feature music from the Borderline EP and will preview new music from her forthcoming album Kiddo, including “Ego” which was already featured on Entertainment Weekly’s “Must List” (WATCH VIDEO). Tickets begin to go on sale this Friday, March 13th at 10:00 AM EST, please click on the hyperlinks below to purchase.

Tove Styrke landed a record deal with Sony Sweden in her late teens which led to the 2010 release of her debut album, Tove Styrke. The album went platinum in her native Sweden and earned the talented singer and songwriter a Swedish Grammy nomination. At the age of 22, Tove Styrke made her US debut with the release of her Borderline EP and is set to release her first full length US album Kiddo this June.