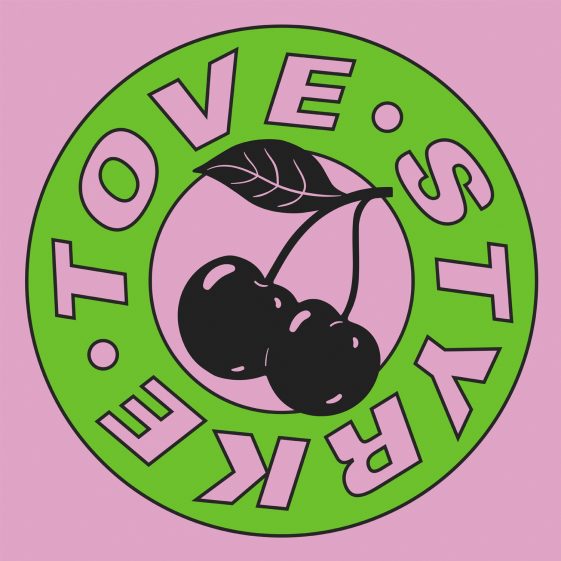 “Talented, sassy, amoral…between Lykke Li and Santigold” – Stereogum
“off-kilter guitar strumming, warm steel drum washes, and a bounty of attitude”
[on “Borderline”] – The FADER
“Kiddo, one of 2015’s finest pop releases, incessantly memorable and full of well defined character and striking simplicity of craft.” – 8 out of 10 & Album of the Week – SPIN
“Meet the Swedish Pop Star You Need to Know This Spring… Styrke’s songwriting instincts rival the best of her peers.” – TIME Magazine

(New York, NY – April 28, 2017) Today, Swedish recording artist Tove Styrke has returned with a brand new single “Say My Name.” The track is released today via Sony Music Sweden/RCA Records. Click here to watch the lyric video made by Regent Co.
“Say My Name” marks a confident re-introduction for Tove Styrke, her first new single since her 2015 U.S. debut Kiddo. A playful love song at its core, “Say My Name” is about longing to be with someone while nothing else matters. Bottom line: Styrke wants people to feel good when they hear this track. Consider the mission accomplished.
As Styrke describes, “There’s a reason why so much music is about sex and love. It is linked to one’s worst and best experiences. I have not written about love before because I didn’t want to write another love song. But I have changed. I am tired of being angry, right now I just need to make music that makes me feel good.”
“Say My Name” is co-written and produced by fellow Swede, Elof Loelv, who has worked with artists such as Rihanna (“Stay” feat. Mikky Ekko), Zara Larsson and Icona Pop.

Armed with a slick new single, Tove Styrke is poised to take 2017 by storm with the cunning ease of a grown and matured musician. As Styrke proclaims, “The stronger I sing, the less I can affect the song. The more quiet I sing, the greater the differences will be in the tone and texture. A lot of people are afraid to talk loudly, but there is a strength to talking quietly – thus people really have to listen to you. There’s no need to try to be a man in a man’s world.”

Since the release of Kiddo, Styrke has stayed busy in the studio as well as touring with Years & Years and a UK television performance on Top of the Pops with Alan Walker.
A platinum selling and Grammy nominated artist in her native Sweden, Tove Styrke has been on a fast rise since the release of Kiddo, bolstered by striking lead single, “Borderline,” as well as strong follow-ups, “Ego“ and “Number One.” The album paved the way for a full North American headline tour, SXSW appearance, a performance on Late Night with Seth Meyers and widespread critical acclaim. As Pigeons and Planes exclaimed, “Tove carries herself in a way that makes it impossible not to smile throughout the show. She’s fun, a little weird (in a good way—think MØ, Grimes, Björk), and totally captivating.” Noisey added, “…The Swedish singer is coming back louder than ever,” and NYLON called her “…one of the country’s biggest up-and-coming singer-songwriters.”

Tove Styrke first landed a record deal with Sony Sweden in her late teens, which led to the 2010 release of her debut album, Tove Styrke.

Listen to “Say My Name” On: