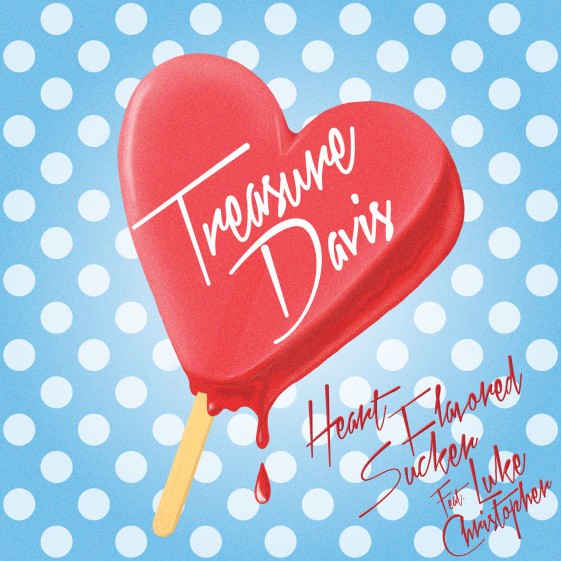 In addition to the release of her debut EP, Treasure has also unleashed the new video for her track, “Heart Flavored Sucker” featuring fellow ByStorm Entertainment recording artist, Luke Christopher. The black & white visual details a relationship that has come to an emotional standstill and was exclusively premiered by Karen Civil.

The Los Angeles, CA native got her start as a background vocalist for the likes of Nicki Minaj, Keri Hilson and Keyshia Cole among others. With musical influences that include artists such as Marvin Gaye, Cyndi Lauper and Brandy among others, Treasure has developed a distinctive voice and intoxicating songwriting skills. It is her talent that caught the attention of Mark Pitts, President of Urban Music, RCA Records and CEO of ByStorm Entertainment, who signed Treasure after only one meeting making her the first-ever female artist signed to the imprint that houses such names as Miguel and Mali Music.

With her unique voice and relatable lyrics, Treasure Davis’ debut EP will surely impress fans and critics alike, but this is only the beginning for the singer/songwriter who is as timeless as she is talented.