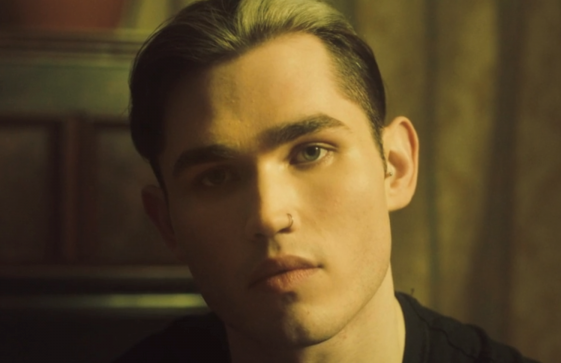 FEATURED ON HIS DEBUT EP  FOUND YOU IN O6

OUT NOW VIA RCA RECORDS

CLICK HERE to Watch the Video for “You Don’t Know”

(New York- April 23, 2018) Following the critical success of the release of his debut EP Found You In 06, 20 year old soul singer and songwriter Moss Kena today premieres via The Fader the sultry video for his EP standout track “You Don’t Know.”

The Fader describes Moss Kena as …”the rising U.K. artist with an androgynous falsetto.  In March, he released his Found You In 06 EP, the title of which is a reference to his love of Amy Winehouse. Like her, Kena mixes vintage and modern sounds together, crafting deeply personal R&B songs where the vocal is the main attraction…the video (is) a hazy and seductive exploration of lust, jealousy, isolation, and curiosity all set at a stylish house party.”

“You Don’t Know” showcases Moss’s powerful, emotive voice, and the video presents Moss stepping into the spotlight for the first time visually since his EP release last month.

The video for “You Don’t Know” directed by Rianne White visually explores the unexplained magnetism of intimacy, showing people coming together to display affection, before being torn apart and then brought back together, again.

Of the track, Moss Kena says: “The song is about a hot and cold relationship and not knowing where you stand. I wanted the video to reflect the introverted feeling of isolation and how in a room full of people, you can still feel alone in your mind.”

With nearly 3 million streams in just over a month, Moss’ debut Found You In 06, has been met with critical raves and praise from the likes of Kendrick Lamar, Zane Lowe/Beats 1, Mistajam (1Xtra), Annie Mac (Radio 1) Bastille, The New York Times, Complex, and more.

Moss Kena, a pop/soul sensation, is just at the start of an exciting and productive time ahead, with new music on the horizon, along with soon-to-be-announced live shows in London and the US later this summer.

Moss Kena will play his debut live show as part of Brighton’s The Great Escape Festival in May 2018.

Watch the video for “You Don’t Know”: http://vevo.ly/nxI6Jc