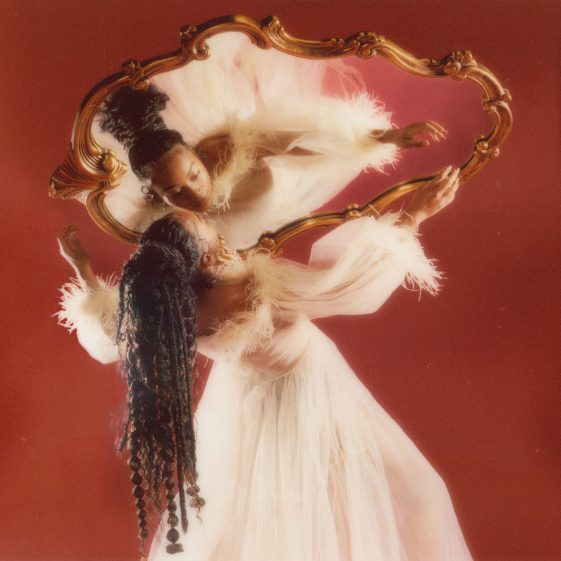 RENDITION OF HER EP, INTROSPECTION

(March 26, 2021) UMI —the rising star who solidified her place in the alt-R&B world with her thoughtful neo-soul style and spirituality— releases her new project, Introspection Reimagined, today via Keep Cool / RCA Records. A freshly composed interpretation of her 2020 EP Introspection, the reimagined project was recorded at the legendary Shangri-La Studios in Malibu last summer during a four-day quarantined retreat. Each song was created top to bottom with a full band, complete with horns and strings. Rearranged by UMI and her musical director Mia Garcia, the new renditions pay homage to the soulful music that’s kept the two grounded during the pandemic, including sounds by D’Angelo, Erykah Badu and Lauryn Hill. Created with the intention of providing an immersive listening experience reminiscent of a live concert, the mindfulness and healing energy that UMI personifies is awake in this music. The unison of the live band also highlights a togetherness that many have missed. As UMI shared in a clip posted to her Instagram earlier this week, she feels people will be closer to her with Introspection Reimagined. “I’m really letting myself sing for the first time,” she said. Listen to Introspection Reimagined here.

Two years in the making, the original version of Introspection was released June 2020. The music dives deep into UMI’s relationship with herself and navigates the coming of age of a 20 something. From friendships and breakups to the discovery of her queerness and the balancing of her Blackness and Japanese immigrant family dynamics, Introspection served as a tribute to self love. Often bringing an element of filmmaking into her creations, the original project was accompanied by a short film that was created in collaboration with Issa Rae’s production company, Raedio, which paralleled UMI’s self-discovery through the lens of a variety of young characters during a night out in Malibu. Listen to Introspection here and watch the accompanying film here.

A multidisciplinary artist who brings her entire aura into her craft, Tierra Umi Wilson —who goes by the moniker UMI (which means ‘ocean’ in Japanese)— is pioneering a new sound that’s rooted in R&B and neo-soul. The 22-year-old Seattle native, who’s now based in LA, has continued to gain momentum since releasing her first EP Balance in 2019. Her breakout single, “Remember Me,” has earned over 80 million streams on Spotify alone and prompted Vogue to name her as one of the “young breakthrough musicians making noise in the music industry.” In addition to consecutive releases, which includes her EP Love Language in October 2019 and the original Introspection last year, UMI has toured with fellow Gen Z alternative artists Cuco and Conan Gray and has collaborated with the likes of Duckwrth, Kyle Dion and Cautious Clay. She was also featured on the remix of Joyce Wrice’s single, “That’s On You,” where she showcased her vocals in Japanese. Simultaneously, UMI has been working on her debut album the last four years. Aiming for release this fall, the indie R&B-focused album will further set UMI as a key voice for this generation of artists.

Media assets, including press photos, can be found here.

UMI Celebrates Queer Love In “Wish I Could” Video Out Today From Debut Album, Forest In The City