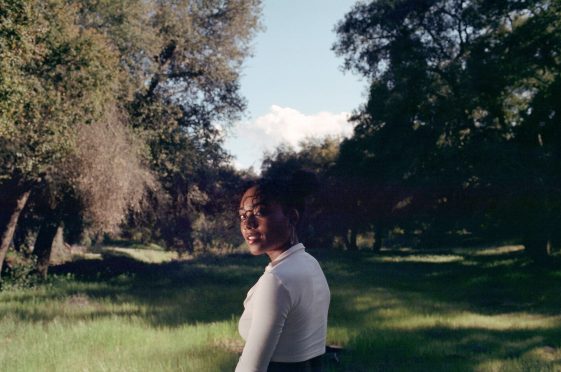 Rising Japanese-African-American artist UMI unveils a new track “Open Up”—listen here and watch the visualizer here. The song is the second offering from her forthcoming EP Introspection out June 21 (a Sunday release, timed to the moon’s position in Cancer) via Keep Cool/RCA. A visual accompaniment is slated to arrive alongside the EP, with more details to come.

“‘Open Up’ is a look into my heart space, painted with orange and red hues,” UMI says. “I wrote it about that feeling before a breakup when you’re torn between the guilt of hurting someone else and doing what’s best for you. Capturing my inner dialogue, this song is a moment of introspection.”

The new song follows the release of the title track of the Introspection EP as well as two standalone singles from earlier this year—“Mother,” UMI’s celebration of Mother Nature that was unveiled on Earth Day and “Picture Perfect.” In 2019, her visual EP Love Language was released via Loud Robot, the music label from J.J. Abrams’ Bad Robot. UMI wrote and produced the EP—featuring tracks “Love Affair,” “Sukidakara,” “Runnin” feat. Yeek and “Breathe”—in Los Angeles and worked with a team including writer Taofik Kolade (“Atlanta,” “Barry”) and director Will Kindrick (Brian Wilson, Ice Cube, Mates of State) to write, cast, animate and direct the EP’s four episodic components. On Love Language, UMI explores race, intersectionality and how love is given and received through the lens of her experience as a mixed-race woman in the music industry. She toured the EP last fall with Conan Gray.

UMI, born Tierra Umi Wilson, is a 21-year-old songwriter, vocalist and producer raised in Seattle and now based in Los Angeles. A former University of Southern California music student, UMI dropped out to focus on her unique R&B sound, acclaimed by Complex, Coup de Main, E!, Nylon, Ones to Watch and more. Her debut EP Interlude was released in 2018, featuring “Midnight Blues.”

UMI Celebrates Queer Love In “Wish I Could” Video Out Today From Debut Album, Forest In The City