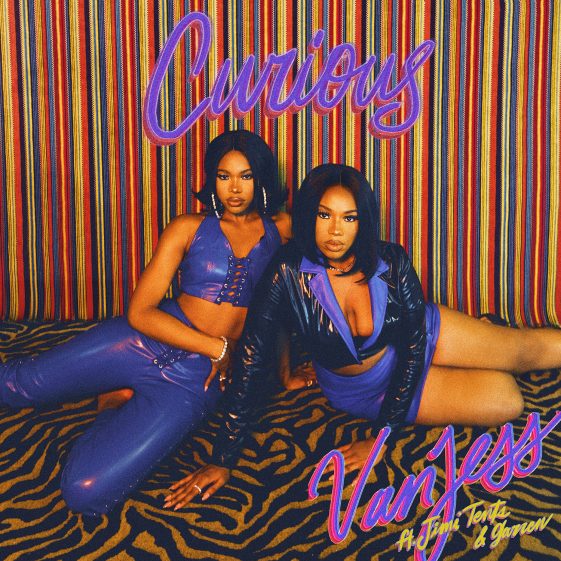 Homegrown hosts a robust group of collaborators, including Grammy-nominated producer KAYTRANADA, neo soul group Phony PPL and Pomo, whose producer credits include Mac Miller’s Swimming, Anderson .Paak’s Ventura and HONNE’s No Song Without You. As a whole, VanJess continues along their upward trajectory on Homegrown, creating a cohesive, well-rounded project that reaches new sonic heights elevated by remarkable visuals.

Out today, the duo’s new track “Curious” lays out a diverting game of cat and mouse, as the ladies’ sultry “come hither” verses play off Jimi Tents and Garren’s accounts of passion and chemistry. Together, the vocal talents of each act ricochet off a bouncing beat produced by Jay Kurzweil (GoldLink, SZA).

In addition to “Curious,” singles like “Come Over,” “Slow Down” and “High & Dry” give a promising glimpse at what’s to come with Homegrown. With a driving bass and drums that could soundtrack any bedroom disco, “Come Over” showcases VanJess’ perfected harmonies. Meanwhile, “High & Dry,” which LADYGUNN describes as a “sensual and laid-back vibe with intoxicating backing beats,” is a sensual invitation of a song, buoyed by VanJess’ stylish vocals and cheeky wordplay.

At the end of 2020, the ladies released a live rendition of “Slow Down” as a part of the eponymous “Homegrown Sessions,” which has also produced live versions of “Come Over” and “High & Dry.” Surrounded by clouds and looking as angelic as ever, VanJess takes viewers to heaven on “Slow Down” live. The song itself is a sweet, slow jam with swirls of R&B grooves and simmering undertones. VanJess’ on-point harmonies are accentuated by a brassy saxophone line and romantic production from Snakehips & Jonah Christian.

Growing up between Lagos, Nigeria, and California, VanJess have brought an entirely new take to contemporary R&B, one that pays tribute to ‘90s greats like TLC, SWV, and Aaliyah, while instinctually inciting an inimitable style. The sisters cut their teeth online with a string of viral covers, bursting onto the scene with their self-released debut album, a definitive R&B statement, and a smooth, seductive record that took the R&B world by storm.

VanJess have previously worked with KAYTRANADA, Ari Lennox, and Xavier Omăr, to name but a few, and within the past three months have collaborated with some of their most acclaimed peers on songs including “Stickin’” (Sinead Harnett and Masego, who appeared on VanJess’ 2018 debut LP), “I Had A Love Song” (Ant Saunders), and “Floating” (Mannywellz).

“Firing on all cylinders” – E!

VANJESS ON THE WEB: