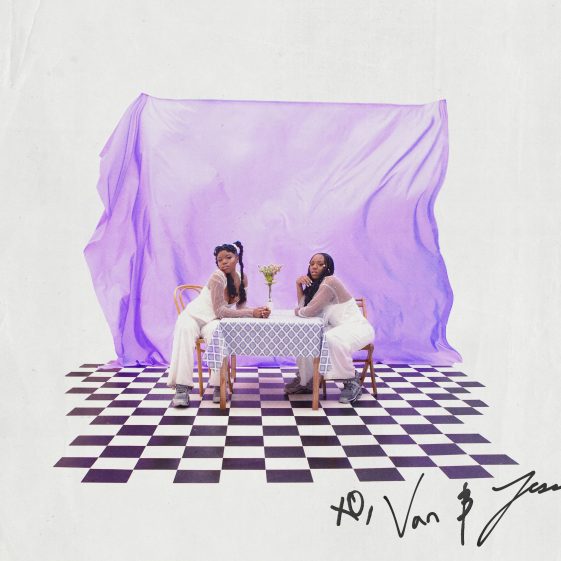 “harmonies so fluid, that it’s impossible to imagine one without the other” – Pitchfork

The impressive tracklist (below) includes remixes and features from Ari Lennox, Saba, Xavier Omär, Bas, and more. Standouts include “Cool Off The Rain Feat. Ari Lennox,” which Hot New Hip Hop dubbed “equal parts sultry and mesmerizing” as well as the groovy “HoneyWheat REMIX” featuring Saba, the Chicago based rapper who has worked with Noname, Chance the Rapper, and Mick Jenkins, among others. Another feature that makes its way onto the sleek collection includes Dreamville signed rapper Bas, who spits an air-tight verse on “Addicted 2 (Keep Cool Remix).”

‘Silk Canvas’ was praised by Pitchfork for its “captivating fusion of 90’s R&B with contemporary electronic touches.” The record boasts features from some of the genre’s finest contemporaries from more established acts like Masego and GoldLink to exciting newcomers Leikeli47, Berhana & Little Simz. The sisters’ collaborations and sultry, crooning vocals prove they are a “two-piece cultivating their own strand of R&B” (Vogue).

Growing up between Lagos, Nigeria, and California, VanJess have brought an entirely new take to contemporary R&B, one that pays tribute to 90s greats like TLC, SWV, and Aaliyah, while instinctually inciting an inimitable style. The sisters cut their teeth online with a string of viral covers, bursting onto the scene with their self-released debut album, ‘Silk Canvas,’ last summer. The album was a definitive R&B statement, a smooth, seductive record establishing the sisters as ones to watch, to take the R&B world by storm.