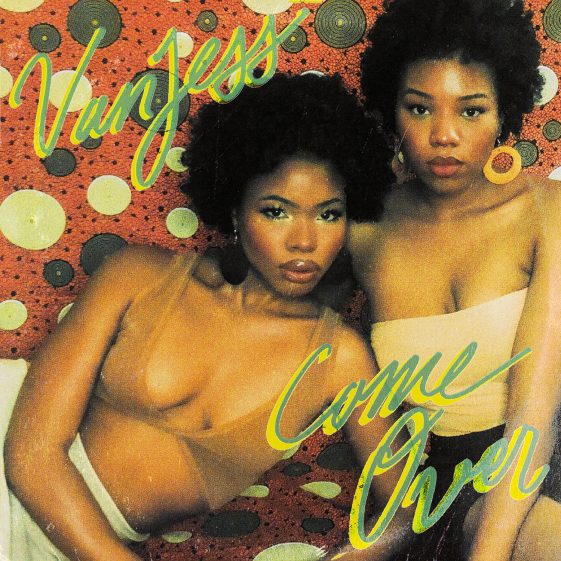 “HARMONIES SO FLUID, THAT IT’S IMPOSSIBLE TO IMAGINE ONE WITHOUT THE OTHER” – PITCHFORK

[New York, NY – September 3, 2020] Today, Nigerian-American sister duo VanJess present “Come Over,” their latest soulful release for Keep Cool/RCA Records. With a driving bass and drums that could soundtrack any bedroom disco, “Come Over” is another showcase for these sisters’ perfected harmonies.

The “Come Over” music video is even more indebted to smooth ‘90s R&B – a throwback to landline phones and talking to our crushes in our basements. As VanJess proves, some activities, and some emotions, are timeless.

“For this video, we really wanted to capture vintage glamour but still feel like the future and represent who we are,” VanJess explain. “Early in quarantine we were really inspired looking at old photos of our parents in Nigeria and thought about what being at home living the lyrics of this record would look like in their world. We hope this song makes everyone feel good and dance, we believe energy and soul and tempo still has a place in R&B!”

“Come Over” is the latest track in a current hot streak for VanJess. They have previously worked with KAYTRANADA, Ari Lennox, Xavier Omăr & more, and within the past three months, have collaborated with some of their most acclaimed peers on songs including “Stickin’” (Sinead Harnett and Masego, who appeared on VanJess’ 2018 debut LP), “I Had A Love Song” (Ant Saunders), and “Floating” (Mannywellz).

VanJess’ debut Silk Canvas was praised by Pitchfork for its “captivating fusion of 90’s R&B with contemporary electronic touches.” That record boasts features from some of the genre’s finest contemporaries from more established acts like GoldLink to exciting newcomers Leikeli47, Berhana & Little Simz. The sisters’ collaborations and sultry, crooning vocals prove that they are a “two-piece cultivating their own strand of R&B” (Vogue).

Growing up between Lagos, Nigeria, and California, VanJess has brought an entirely new take to contemporary R&B, one that pays tribute to ‘90s greats like TLC, SWV, and Aaliyah, while instinctually inciting an inimitable style. The sisters cut their teeth online with a string of viral covers, bursting onto the scene with their self-released debut album, a definitive R&B statement, and a smooth, seductive record establishing the sisters as ones to watch – to take the R&B world by storm.