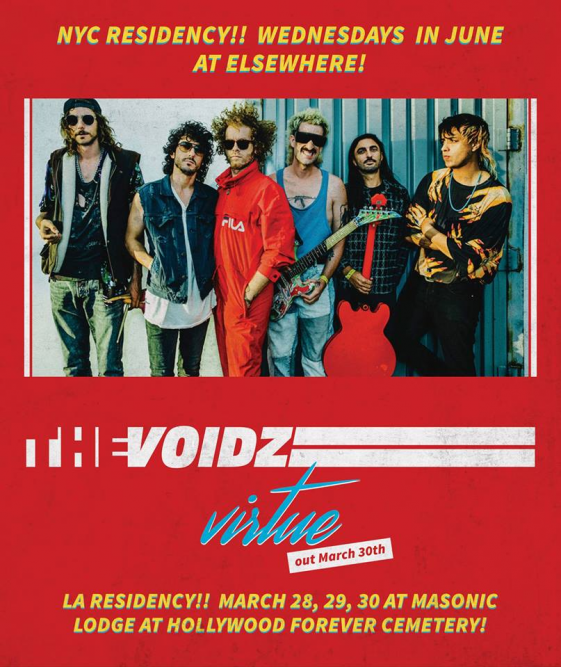 The band has also added a third show at the Masonic Lodge at Hollywood Forever Cemetery on March 30, in addition to previously announced shows on March 28 and March 29. All three shows are now sold out.

The shows coincide with The Voidz’s new album VIRTUE, out March 30th on Cult Records/RCA Records. Early praise for VIRTUE has come from the New York Times and Rolling Stone, who dubbed lead single “Leave It In My Dreams” “infectious…pop with deft forays into the surreal,” and Stereogum, who called “QYURRYUS” “fucking fearless.”

The Voidz will also play select festival dates this summer, including Fortress Festival in Ft. Worth, TX and Shaky Knees Festival in Atlanta, GA. They will announce additional tour dates in support of VIRTUE soon.