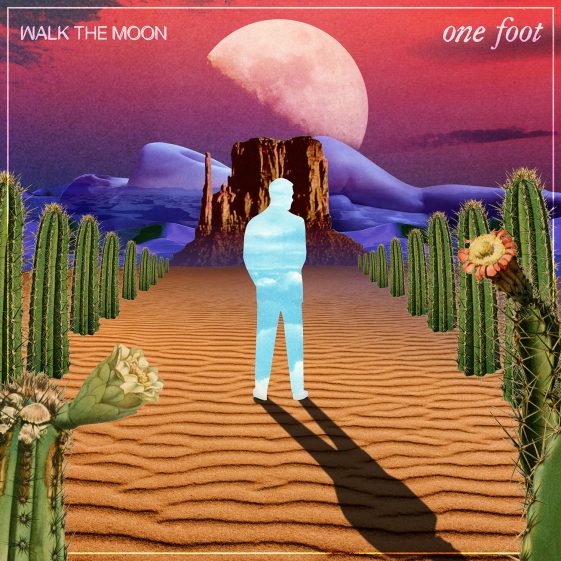 (Los Angeles, CA)—Today, critically acclaimed band WALK THE MOON release their brand new single “One Foot” along with the music video for the track. The video was methodically planned to coincide exactly with the Great American Eclipse of 2017. It was filmed in Joshua Tree National Park with specialized lenses similar to the glasses kids wore all over the country. Robert Hales (Nine Inch Nails, Death Cab For Cutie, Imagine Dragons, Stone Temple Pilots, and more) directed the video, and visual effects were done by artist and creative director, Felipe Posada – The Invisible Realm. Click HERE to watch.

Nicholas Petricca of WALK THE MOON says about “One Foot”, “We’ve never felt more true to ourselves than we do right now, releasing this song and this upcoming record.  ‘One Foot’ is the soundtrack of our journey this past year, moving forward even when the path is uncertain.”

To Buy or Stream “One Foot”: