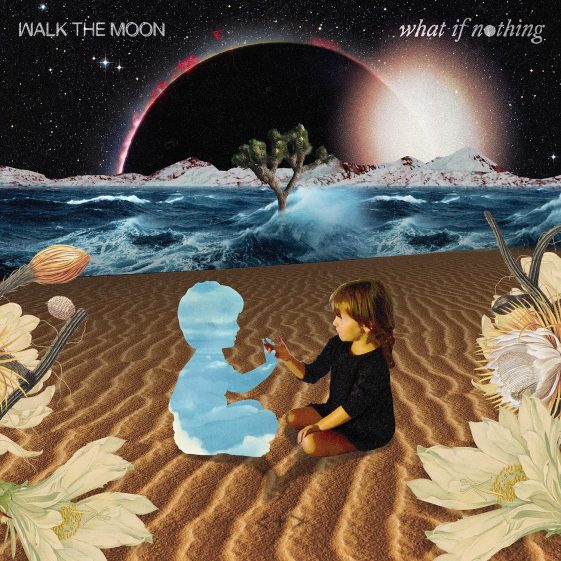 (Los Angeles, CA)— Last week, WALK THE MOON released their brand new single “One Foot” along with the music video for the track. Billboard stated about the song, “The bouncy track that mixes a disco-like groove with a tribal chant chorus custom-made for shouting along to at shows is the perfect distillation of the band’s signature foot-stomping sound.” “One Foot” will be included on their upcoming album entitled What If Nothing, which is set for release on November 10th, 2017 via RCA Records and is available for pre-order now at all digital retail providers.

Today, critically acclaimed band WALK THE MOON announce their upcoming “Press Restart Tour”.  The tour will be making stops across the country in cities including New York City, Washington DC, Chicago, Denver and Los Angeles. The band is working with Tunespeak for presale tickets by registering on Facebook. With Tunespeak, fans can earn points by doing a number of free actions such as pre-saving What If Nothing, streaming the new single “One Foot”, and sharing with their friends. Fans will receive their presale codes on October 2. The public on-sale for the “Press Restart Tour” is October 6 and tickets can be purchased here. See full list of tour dates below.

To Buy or Stream “One Foot”: