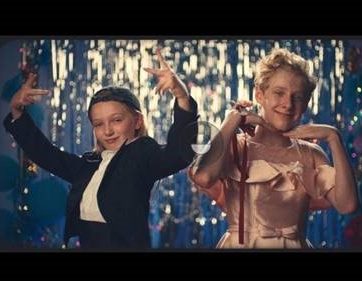 Out Now Via RCA Records

[October 18, 2019—New York] Girls traditionally are the ones who wear pink and are dainty while boys wear tuxes and are strong. But what if the script is flipped? This screwball comedy presents boys acting like stereotypical girls and lets girls act like they want.

Presenting Grace of SAYGRACE… She’s in her 20s but doesn’t know when adulthood snuck up on her. Sometimes, she feels like a lost kid in a very big world, so for “Boys Ain’t Shit” she found a younger version of herself who she gave permission to do all the things a badass woman would do. Along with her girl gang, mini-Grace hits the school dance dressed in a tux because it’s what she likes, eats what she likes, gives zero fucks, and says what she wants to — including telling the boys that they’re not as great as they think. Forget the old rules, where girls are pretty in pink and boys save the day. Let that little girl be your hero instead!

Director Mercedes Bryce Morgan says of the video’s creative: “I’m not about hatred towards men — I think it’s about hatred of the things men and women do sometimes. It’s not about a sex, it’s about disliking gender roles. What better way to address it than with a switch?”