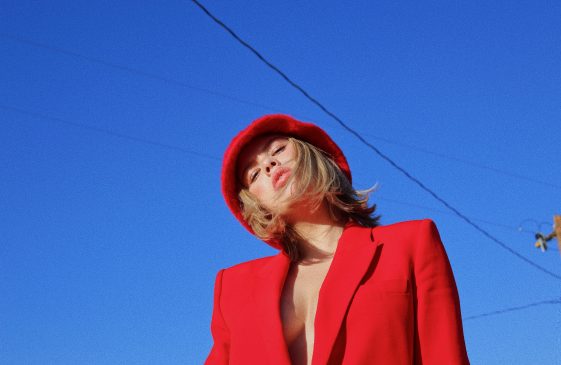 Watch “Doin’ Too Much” By SAYGRACE Via RCA Records

“Doin’ Too Much” featured on SAYGRACE’s Forthcoming EP,

(November 22, 2019 — New York) Kids do the darndest things — sometimes it’s too much. In this madcap movie caper (parental advisory recommended), they go so far beyond too much that the adults in their world don’t know what to think! SAYGRACE is in her 20s but doesn’t know when adulthood snuck up on her. She is about to find out about injustice in the “Doin’ Too Much” music video…in the candy aisle.

In an exclusive feature on “Doin’ Too Much” in Billboard Magazine today, SAYGRACE discusses the concept and inspiration behind the track and her forthcoming EP: “after taking some time to free herself from ‘controlling’ situations…‘I reached a point where I was like, ‘This is my life, and I have to take control,’ she says. ‘Saygrace was a way to do that, for me. This is a fresh start, a new chapter….Throughout the process of creating this project, the running theme that kept coming up for me was, like, ‘Damn, I wish I could’ve gone back in time and given this pearl of wisdom to my younger self.’ That sparked this trilogy of videos, where we’re casting a mini-me, a young Grace to star in it. With ‘Boys Ain’t S—t’ being the debut, the title sort of speaks for itself, but we wanted to kind of take the stereotypical things that little boys to do girls and flip it on its head…’”

In the “Doin’ Too Much” clip out today, Young Grace and her crew from the neighborhood were just trying to get their hands on some candy. But their pennies don’t cover what they want. Rather than letting the candy store owner rain on their parade, they get creative and an underaged Ocean’s 11-style idea is born. A handful of homemade ski masks and a few water guns later, they pull off the greatest bamboozle this store has ever seen.  Watch/listen now: https://smarturl.it/SGDoinTooMuch

SAYGRACE calls “Doin’ Too Much” her most lighthearted track on her forthcoming EP, The Defining Moments of SAYGRACE: Girlhood, Fuckboys & Situationships. The video brings Young Grace back to fight against authority, gender norms, and to push against the walls of being “the most extra version” of herself. “The things I’ve gone through have made me rough around the edges but I’d rather be this way than a version of myself that makes them more comfortable,” SAYGRACE explains. “I’m having fun. If you like it, cool. If you don’t, okay. Go ahead with your life.”

The message? If you feel like doing too much, do it. Sometimes too much is the amount you have to do to take up the space you need in the world. It’s the same energy she brings to her EP, The Defining Moments of SAYGRACE, on which she aims to empower women to feel okay about just being themselves and not take any shit, not bow down to patriarchal expectations, and subvert gender norms.

Video director Mercedes Bryce Morgan explains that elements of the video were especially “kid-afied,” from the colorful water guns to the ski mask made from old sweaters. “People forget that kids are insanely intelligent. Even though they look small, kids aren’t that small in their minds. Seeing kids doing shocking things is looking at it through a new level — it makes people assess why what we see makes us feel a certain way.”

“Doin’ Too Much” is the spiritual sequel to SAYGRACE’s introductory video and track, “Boys Ain’t Shit” — watch the video HERE.  Both follow her exploration of the world as an adult, with all it entails, while still feeling like a kid who isn’t quite ready for the responsibility.

Listen/Watch “Doin’ Too Much” https://smarturl.it/SGDoinTooMuch