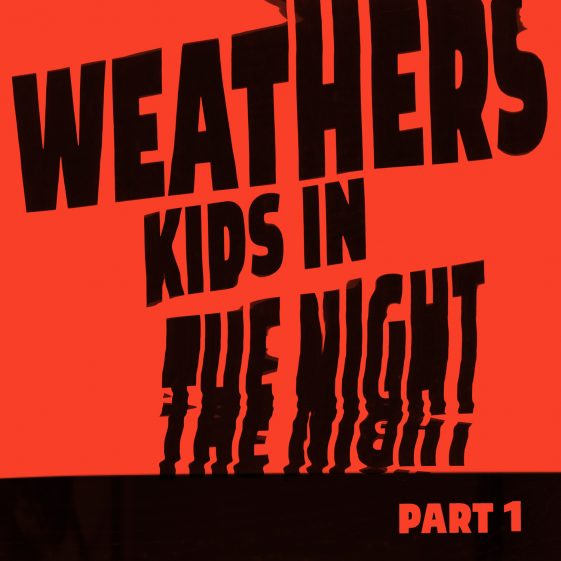 (Los Angeles, CA)—Today, Los Angeles-based band Weathers unveil its music video for “1983.” The video, which was directed by the band’s lead singer and rhythm guitarist Cameron Boyer and co-directed by Michael Costa, also premiered on Teen Vogue (Click HERE). “1983” is included on Weathers’ recently released Kids In The Night Part 1 EP, which is available now at all digital retail providers. It is the first of two EPs followed by a full-length album coming in June. Kids In The Night Part 2 EP is set for release May 11th via RCA Records.

Weathers will also be opening up for pop band Sure Sure at Teragram Ballroom in Los Angeles on Thursday, May 10th. Tickets are on sale now and can be purchased here.

About Weathers
Weathers is Cameron Boyer, guitarist Cameron Olsen, bassist Brennen Bates, and drummer Cole Carson. Having gone through some challenging events over the past two years, Boyer wanted to process his struggles through songwriting. He felt compelled to make feel-good songs about self-value, self-discovery, and about being betrayed and moving on. When Boyer and Olsen began writing new songs in January 2017, what emerged was “this messy, glitchy sound,” Boyer says, adding that a 1958 Silvertone guitar bought from a garage sale is played on nearly every song, and gave the music what the album’s producer Tim Pagnotta (WALK THE MOON, Neon Trees) called a “ratty, acoustic” feel. With their new sound, showcases at Baby’s All Right in Brooklyn and The Troubadour in LA, and a forthcoming album, Weathers is a force to be reckoned with.