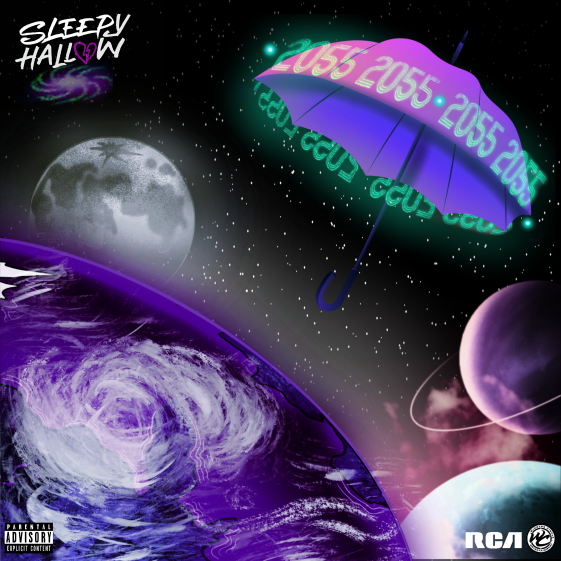 CLICK HERE TO WATCH THE ANIMATED VIDEO DIRECTED BY AYLO

“New York City has been an absolute hotbed for rising stars, and Sleepy Hallow just might be one of the biggest names on the come-up.” – Lyrical Lemonade

“Look for him to continue establishing his presence as an original voice in the New York rap scene when his upcoming project lands in full.” – HotNewHipHop

Produced by Great John, “2055” offers another glimpse into Sleepy’s world from the streets of Brooklyn.  Last month Sleepy dropped “2 Sauce,” which Rap Radar described as “super savage.”  Lyrical Lemonade stated, “One of the most appealing qualities within a Sleepy Hallow song…is the fact that his deep voice just works so well when mixed with a higher-pitched vocal chop like the one heard in this record, so I knew it was going to be a hit from the moment I pressed play.”

Hailing from East Flatbush, Brooklyn and one of the breakout stars of the Brooklyn Drill hip-hop scene, Sleepy Hallow came to prominence in 2020 with the RIAA Gold-certified hit “Deep End Freestyle” which featured vocals by Fousheé. Recently selected as one of HipHopDX Rising Stars 2021 and BET Amplified Artist of the Month (January), Hallow’s impressive repertoire of EPs – Sleepy Hallow Presents: Sleepy For President, The Black House, Don’t Sleep – has earned him coveted “best of” lists recognition from XXL, Complex, UpRoxx and more.

Incorporated in 2019, Winners Circle Entertainment includes label co-owner Sheff G, Sleepy Hallow, Eli-Fross and producer Great John, who handles a majority of the label’s music production. Co-owned and operated by a solid management conglomerate which is made up of Jeremy “Jerm” Soto and Karel “White” Jorge.