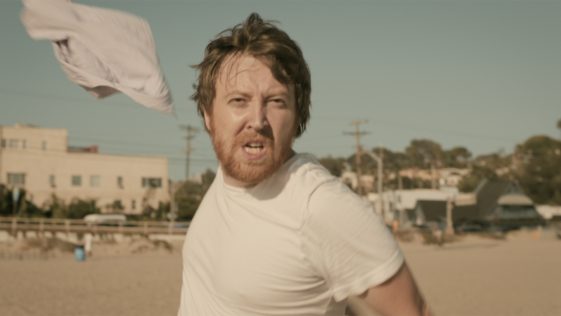 Winnetka Bowling League Share Video For Debut Single “On The 5”

Self-Titled EP To Be Released on RCA Records 9/21

A blistering SoCal anthem, Winnetka Bowling League’s “On The 5” captures the feel of dazzling sunshine and baked asphalt in a melancholy love song custom made for blasting on the freeway. The track, released August 9th on RCA, now has a video, which premiered on the Los Angeles Times site this morning. “An L.A. song through and through, it certainly sounds like a hit.” Directed by Zack Sekuler and starring Elisha Yaffe (who played Lance on AMC’s Better Call Saul), the video was filmed along Ventura Blvd and at Will Rogers State Park in Santa Monica.

“On The 5” is Winnetka Bowling League’s first release from a forthcoming debut EP. Recently signed to RCA Records, they are relatively new arrivals to the Los Angeles music scene. Formed by brothers and featuring a loose collection of young L.A. musician friends, the five track debut self-titled EP will be released on September 21st and displays an impressive knack for crafting finely tuned guitar pop bursting with cinematic Golden State imagery. From Corollas and Subarus to Converse, RC Cola, and “Come On Eileen”, Winnetka Bowling League’s lyrics are a cornucopia of pop culture references wrapped up in perfectly calibrated songwriting.

Based in the great city of Los Angeles, Winnetka Bowling League will be announcing east and west coast shows shortly.