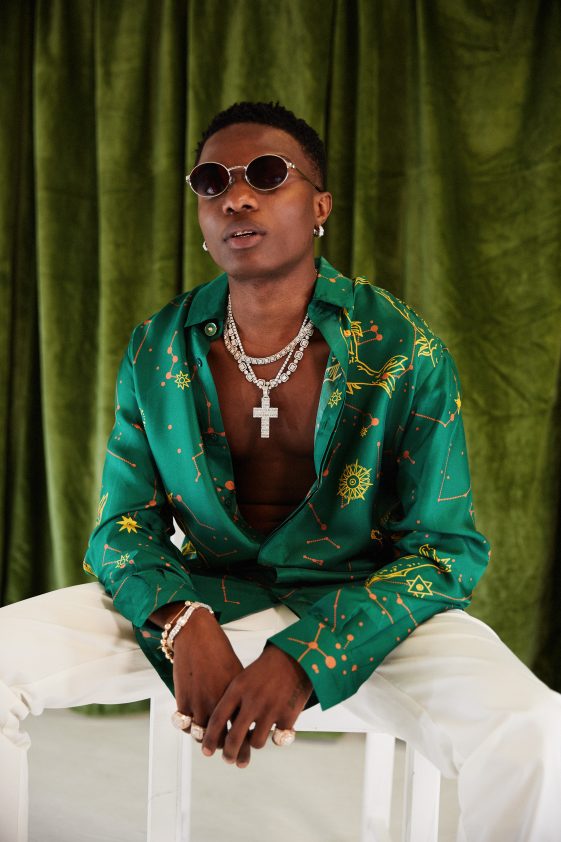 Wizkid Celebrates His Birthday With The Release Of “Smile” Featuring H.E.R.

WIZKID CELEBRATES HIS BIRTHDAY WITH THE RELEASE OF “SMILE” FEATURING H.E.R.

FIRST SINGLE FROM FORTHCOMING MADE IN LAGOS PROJECT

In addition to his previously released tracks “Joro” and “Ghetto Love,” plus an award winning collaboration with Beyoncé and Blue Ivy on “Brown Skin Girl” from The Lion King: The Gift, Wizkid continues to be omnipresent across multiple endeavors. Last October, Wizkid relaunched his indoor Starboy Fest, which sold out the o2 Arena for the second year in a row and included new territories in Europe (Manchester & Paris), and this May he refocused his energy on his Starboy Entertainment imprint in Africa by executive producing the “Afro Series,” the debut EP from Terri, the youngest artist on the roster.

With significant partnerships with brands such as Tecno Mobile, CIROC, Nike, and United Bank of Africa, Wizkid has solidified himself as a millennial pioneer for African entertainment and business of lasting global impact.

Stay tuned for more information on Wizkid’s eagerly anticipated Made in Lagos, set for release later this year.