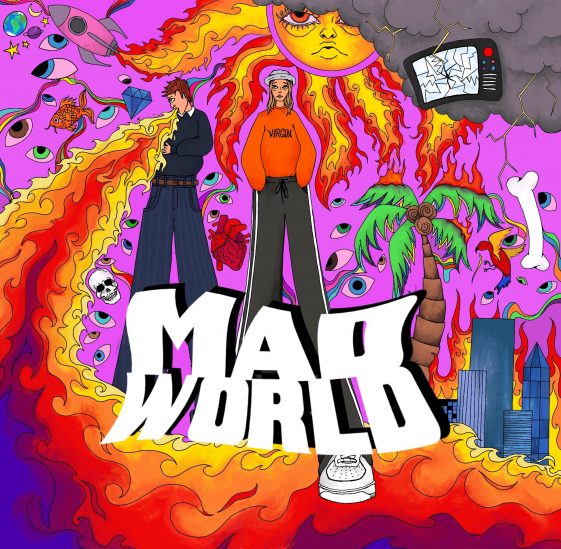 NEW VIDEO FOR “I FEEL LIKE SHIT” – WATCH HERE

“Being young right now is incredibly intense, for better and for worse. Right now, there’s so much possibility with experiencing things for the first time. At the same time, it’s hard to deny or ignore how heavy the state of the world is right now. We’re the first generation ever that climate change and environmental issues can actually have a serious effect on. That’s an insane reality and where this project stems from.”

Earlier this week the group was announced as SiriusXM’s HITS 1 TO WATCH Artist for their track “Haunt You” ft. chloe moriondo which amplifies and elevates new up-and-coming music and artists that the pop programming team at SiriusXM Hits 1 are excited about.   The track is featured on the EP.

Last year, the duo released their virgin EP which has received nearly 25 million streams worldwide.  Various tracks from the EP received praise from Earmilk, The Fader, Ones To Watch, Idolator and more.  Most recently, the guys were featured in Noisey’s “6 Hours With” which you can watch here.