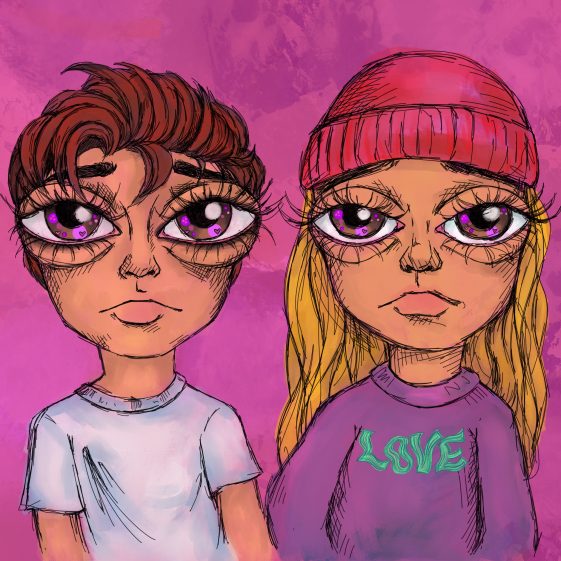 “Our new song LOVE means everything to us. Jake and I were talking and thinking “what does falling in love sound like?” And we tried creating that – the best, most infectious feeling on the planet so subsequently we are obsessed with this song! We started this song and then completely forgot about it. A few months later we happened to listen to it again and were like “we have to finish this!!!” Then we spent a lot of time perfecting it to exactly how we envisioned it in our heads and to how you hear it today!” – London (X Lovers)

Last year, the duo released their virgin EP which has received nearly 20 million streams worldwide.  Various tracks from the EP received praise from The Fader, Ones To Watch, Idolator and more.  Most recently, the guys were featured in Noisey’s “6 Hours With” which you can watch here.