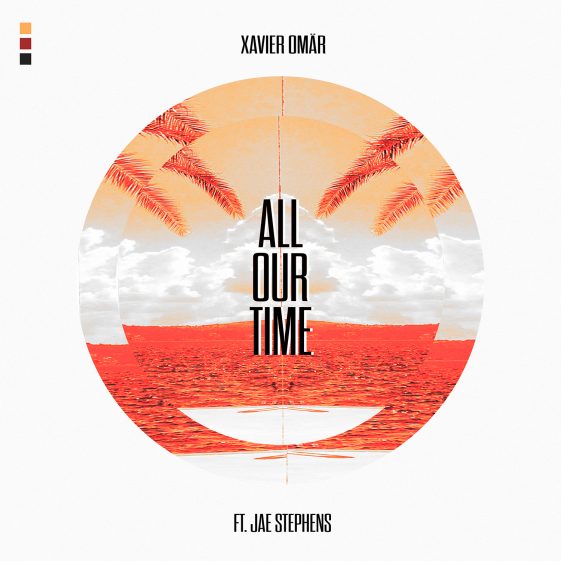 New Song “All Our Time” ft. Jae Stephens Out Now

Today (September 17th) R&B trailblazer Xavier Omär announces his upcoming LP if You Feel set for release on October 23 via RCA Records. if You Feel is the San Antonio native’s follow-up to Moments Spent Loving You, a collaborative album with producer Sango, and the announcement also comes alongside the release of a new standout track – “All Our Time” featuring Jae Stephens.

“This album means finding a moment for every emotion I may have, whether in love, friendship, or how I feel about myself, and allowing myself to fully feel that emotion even if it’s negative, Omär explains. “I need to feel the fullness of each emotion to either keep it with me or learn from it.”

“All Our Time” is nostalgic for mellow get-togethers, evoking memories of sunny Sunday afternoons. Jae Stephens, R&B’s “next crossover star” (HotNewHipHop), whose debut album “f**ck it i’ll do it myself” was featured on Ones to Watch, provides a lilting verse on top of the Bizness Boi-produced beat. “All Our Time” is for everyone who misses the physical and emotional warmth of time with friends and loved ones.

“I wrote this song at a time where I was thinking back over my youth and the days all of my friends and I were free to just be together and enjoy our friendship,” Omär explains.  “I’ve missed that as we’ve grown up and especially now during what’s supposed to be a quarantine. We went from worry free to having our days filled with them. Now, more than ever, I just miss the companionship.”

LISTEN TO “ALL OUR TIME” FT. JAE STEPHENS:

The 11-track body of work is an introspective celebration of a story of the love that Omär has found with his wife, Christin. At the album’s center is “So Much More,” the first single from if You Feel, which features melodies as warm and delicate as watching shadows flicker on a wall. The accompanying music video, created almost entirely from intimate home videos, is further proof why Rated R&B said the song is a “strong contender for the wedding song of the year.”

WATCH THE VIDEO TO LEAD SINGLE “SO MUCH MORE”:

Born into a musical family, Xavier Omär is no stranger to the wide spectrum of emotions that makes music so powerful. His sound harkens back to the smooth R&B of the 90’s and early-aughts and he cites TLC, Destiny’s Child, Mariah Carey, 112, Brandy and Dru Hill as formative acts that made him understand what the genre is capable of. A former collaborator with other talents like Noname and Sango, Omär’s musical maturity reaches new heights with every release. Of Omär, Flaunt says “Not only has he carved out his own lane in R&B, but he does so in a way that the masses can’t get enough of.” While Okayplayer calls him “one of R&B’s most hidden gems,” Omär is on the rise, and his latest album if You Feel, out on October 23 via RCA Records, promises an expanded musical palette for new and old fans.

Omär’s last project, 2019’s Moments Spent Loving You, was a collaboration with Sango that followed Omär’s smash hit “Blind Man” (over 70M+ streams) and his previous full-length Sango collaboration, 2016’s Hours Spent Loving You. In 2019, Omär headlined numerous shows and toured with NAO across North America. Omär has over 258M+ WW streams and has over 827K+ monthly listeners on Spotify.

“croon soulful, gospel-inspired melodies tweaked with just a pinch of bubbly and a dash of bass”