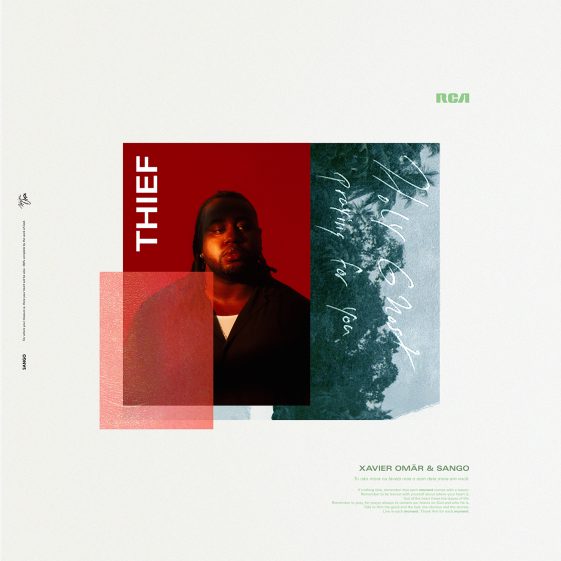 (Los Angeles, CA – September 12, 2019) – Today, singer/songwriter Xavier Omär & producer Sango release new single “Thief” via RCA Records. Listen HERE. Produced by Sango & TOPFLR, this is the first single from their forthcoming project Moments Spent Loving You which is a follow up to their previous project together Hours Spent Loving You. “Thief” is also Xavier Omär’s first single under his newly inked deal with RCA Records.

Xavier says “This song was written when my wife wasn’t even my girlfriend. I just wanted her to take that chance with me. The word “take” stood out to me in that phrase and it inspired this song.”

R&B singer/songwriter, Xavier Omär released his debut studio album Bonfire in 2014. After changing his name in early 2016, Xavier released his EP with producer Sango titled Hours Spent Loving You followed by The Everlasting Wave that features his standout single “Blind Man” which garnered over 50M US streams. Pink Lightning, his latest release, came out this past November. Xavier Omär grew up in a military family, moving across the country from LA to San Antonio and as far as Japan, but he claims Georgia as his home. His mother and siblings sang and played drums and piano, and his father was a writer, producer and the minister of music at church. He wrote and produced his first song at 12 years of age, recording it in his basement on a 4-track tape recorder. In his writing, he draws inspiration from artists of all genres, including Pharrell, James Blake, and The 1975. Earlier this year he toured with NOA on her North American Tour and recently wrapped up his headlining European Tour. Xavier has over 90M US streams across all platforms and has over 1M monthly listeners on Spotify. He’s looking to the future with his latest release “Thief” (with Sango) and his newfound home at RCA Records.